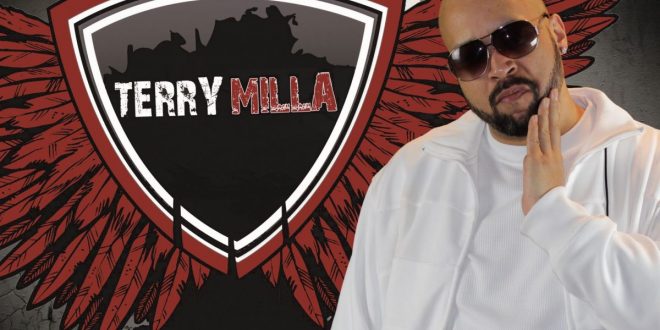 The new single “Free-Quincy” from rapper and producer Terry Milla might not abuse auto-tune harmonies and oversized bass-driven beats as much as some of the bigger-name releases out this spring do, but if you’re in the mood for to-the-point hip-hop that isn’t candied with pop features outside the puritan old school’s grasp, it’s a difficult song to beat. There’s nothing in Milla’s performance but sheer enthusiasm for the verse; he has no attachment to the hook, nor any point of reference to commerciality in his poetry. His is the real beat in hip-hop as it was created by the genre’s forerunners, and it’s more than worth turning up the volume for this March.

There is no real overindulgence in the aesthetics of this track, but it can be said that the music video for “Free-Quincy” uses flashes of excess to balance out the barebones construction of the melody here perfectly. Terry Milla is an artist who knows there is a yin to every yang when it comes to making successful music, especially on the progressive end of the hip-hop spectrum, hence why his confidence with the mic and the mix is so obvious even to the most novice of critical ears.

I will definitely be looking out for more music from this rapper as he continues to grow along with his stylized assault of the hook, but those who urgently need some antiestablishment swagger from a credible up and comer needn’t look any further for a good time beyond Terry Milla this spring. He’s clearly capable of bringing in some boldness to the studio when it matters the most, and if there’s anything that really makes a difference in separating the pros from the average Joes in this game, he’s got it in “Free-Quincy” and isn’t afraid to really make it work for him.

Previous Detroit Dark MC Swing Dee Diablo has released the artwork and tracklist for his “King of Skulls” Album.
Next Single Review: Porsha’s “Genie in a Bottle”