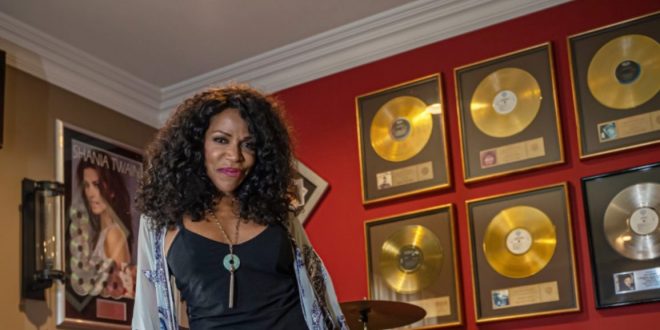 Galloping away from the silence as though the fate of mankind would rest on the shoulders of this melody, Sharon Hendrix’s “Hold On” doesn’t even attempt to waste our time with a lot of grandiosity in the moments immediately following our pressing play on this new music video. In this performance, Hendrix is committed to putting a spring back in the step of an American audience left completely stranded without a dancefloor to share for over a year now, and she’ll do whatever she has to in getting our hips moving with those of the dancers in this fabulously addictive release.

There’s definitely a certain cosmopolitan feel to the mix here that I fell in love with right out of the box, but I think it’s worth noting that nothing in the track is overly streamlined or made to feed into some inauthentic hook at the end of a stanza. If there is one thing that I’ve learned about Hendrix in the past year, it’s that she’s always on top of the textural element in her work, allowing for it to paint the kind of backdrop her lyrics need to feel human and tangible to anyone listening. She earns her reputation here, and I think she’s going to reap the rewards for her efforts.

I really started to appreciate the music and provocative artistry of Sharon Hendrix last year when this song first debuted ahead of its new music video, and the enthusiasm she’s putting into her performance is undisputedly the reason why. There’s no denying that she has a lot of different features to her sound that could be better developed to achieve mainstream fame in the next few years, but even if she were to keep everything the same as it is in “Hold On,” I think she’s onto a winning formula with melodies as grand as these.