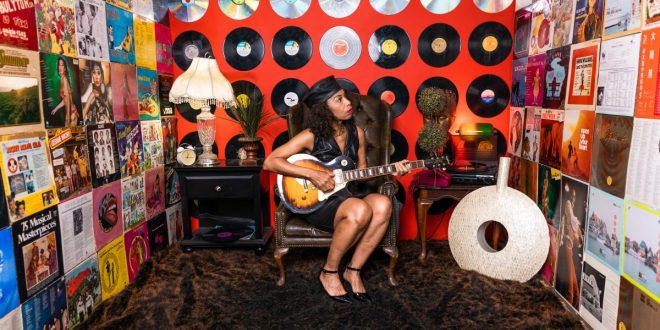 The Recording Academy gives the Grammy Awards (Grammys) each year to top musicians in the world. The Los Angeles Convention Centre hosted the 63rd Grammy Awards on 14 March 2021. Megan Thee Stallion and Beyoncé are some of the female artists who received various awards. In this article, we will discuss how women swept this year’s Grammys.

The Grammy Awards’ producers had promised a respectful and unifying show. Performing musicians wore masks and maintained social distance. Megan Thee Stallion, who looked up to Beyoncé when she was young won the Best New Artist award. She featured Beyoncé in “Savage.” The song led in the best rap song category and won the Best Rap Performance award. You can read more grammy and music reports on casino news Canada and get the latest gaming news.

While receiving the Best New Artist award, Megan stated that the past year was challenging but they pulled through. People downtown cheered her when she got the award. Billie Eilish, a 19-year-old female artist congratulated Megan. Billie’s “Everything I Wanted” won the Record of the Year award.

Taylor Swift’s “Folklore” won the Album of the Year award. She created it while in isolation and this was Taylor’s third time to win the award. Unfortunately, the talented artist lost the other five awards whose nominations she had received this year.

Beyoncé is a pop star with millions of fans globally. She received four awards on 14th March hence having 28 Grammys in total. She equaled Quincy Jones’ record of Grammy Awards. The pop deity’s “Black Parade” won her the Best R&B Performance award. She released the song last summer just before the Black Lives Matter protests began. The artist stated that she believes that all artists’ should reflect on the tough moments they had last year.

Blue Ivy Carter, Beyoncé’s daughter won her first Grammy, the Best Music Video for “Brown Skin Girls”. She featured WizKid and Beyoncé in the song. H.E.R, a famous singer-songwriter’s “I Can’t Breathe” defeated Dua Lipa’s, Eilish’s, Beyoncé’s and Taylor’s songs and won the Song of the Year award. It has emotive lines such as This is the American pride and Stripped of bloodlines. H.E.R admitted that they wrote it over FaceTime and didn’t expect to win a Grammys.

Lil Baby’s “The Bigger Picture” was a dramatic presentation with riot police. It featured Tamika Mallory’s speech “President Biden, we demand justice.”DaBaby won Chanel brooches and a white suit. He performed “Rockstar” and conducted a choir of old white singers.

The 63rd annual Grammys held a few days ago displayed versatility, star power, and splendor. The music featured Black Lives Matter demonstrations and women’s role in pop music. Unlike other editions, fans were locked out of the Convention Center in London. Several tributes were made to legendary musicians like Gerry Marsden and Kenny Rogers.

Stephen Vicino is the founder of MusicExistence.com. He created this site to give talented musicians a voice and a way to be discovered.
@@svicino
Previous Boy Indigo drops new single and music video, “Fading In and Out”
Next John Vento Releases Another “Brick:” “New Mexico Way”