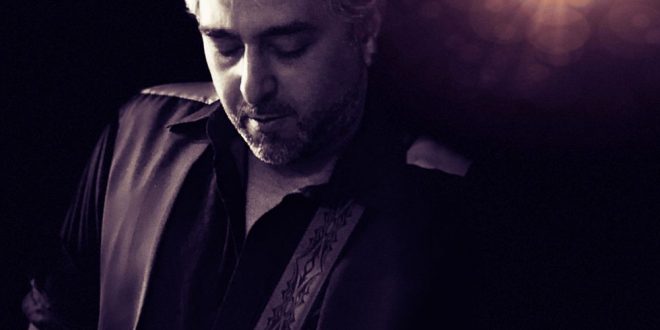 With over 20 years in the music industry, Izzie is no ordinary musician, and he prefers to refer to himself as a poor man’s “Buddy Guy or Lightnin’ Hopkins”. Izzie’s Caravan is a band that draws musical inspiration from some of the rock legends like Led Zeppelin and Aerosmith. Even after taking a ten-year hiatus from music after his band ‘The Deep Impacters’ disbanded in the early 2000s, Izzie has not lost his magical touch in music. Izzie’s Caravan’s 2019 release, Leo’s Guitar, is a testament to his timeless music reminiscent of the 90’s classic rock, as is their subsequent 2020 EP, On the Pull. The latter was widely successful, reaching the Relix Jamband Charts and one of the singles in the album, “Drownin’ Man’s Blues”, reaching the iTunes #1 charts.

Izzie’s Caravan, which is made up of Izzie, Robbie (pianist), and Roque (bassist), is set for a full-album release titled Blow The Lid after a long break without one. The release of the title single “Blow The Lid” in anticipation of the album release previews the type of music fans and followers can expect in the album scheduled to be released later in 2021.

A series of sirens and cannons jolt the listener into reality in the song, ripping them from reality in anticipation of what comes next. The sirens are followed by a fast-paced drum melody and guitar riffs that immediately change into a groovy rhythm and the lyrics from the band’s lead singer. The contradiction between fast and slow sections is an ingenious play in the song and the expert guitar solos in the piece that are fit to make legends like Led Zeppelin jealous.

Looking at the single, one can only wait with anticipation for the rest of the album to be released by the seasoned band. “Blow The Lid” is a song that will turn heads in the rock world and help bring back an age that has long been lost since the time of Nirvana, Metallica, and Red Hot Chili Peppers.