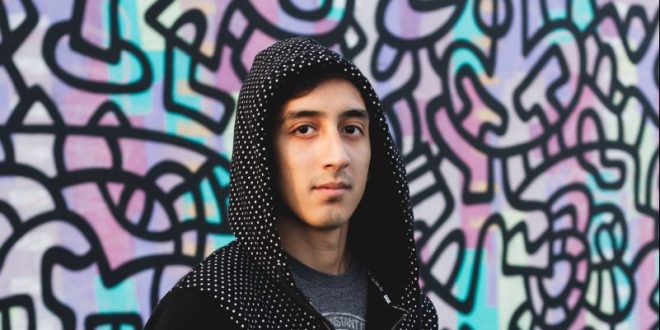 New breakthrough talent Amadeo works with the likes of Pendulum’s KJ Sawka to bring his latest sound to the scene.

Marine Corps veteran, Amadeo Ordonez, plans on disrupting the scene as we know it through his fresh electronic sounds, sharp beats and slick productions. Having left the Marines in 2018 to pursue his dream career in EDM, Amadeo shifts his mind from serving his country to studio service. His latest music video, “Fall Through,” https://youtu.be/Wq7SXRLSZcw has been gaining serious popularity over the past few weeks.

Amadeo left school in 2013 to join the Marines as an Intelligence Specialist and to serve his country as a proud American. As his time in service came to a close, he relocated to Los Angeles, CA where his musical talents grew.

The turning point for the artist came upon enrolling at Los Angeles Film & Recording School, a highly accredited college for musical talent. Equipped with extensive theory and practice, Amadeo started releasing music in 2020 and amassed in excess of 100,000 streams on Spotify and YouTube alone.

His sounds didn’t just attract a substantial listener base of EDM fans. KJ Sawka, best known for his membership in the legendary Pendulum, one of the most successful electronic bands in the world, and Destroid, in collaboration with producers Excision and Downlink, noticed the producer’s talent through his productions.

KJ Sawka said: Amadeo is one to watch in 2021. Having mentored him through his productions this year, it’s clear that his determination and passion for the scene shine through in his music. He creates tracks that provoke emotion and, coupled with his integrity and knowledge, will undoubtedly break barriers within the electronic music scene.

Speaking on the release of his new music video, Amadeo said: I’m delighted to have released the Fall Through video this year. At times like these, it’s easy to slip through the cracks and forget who we are. I’ve been through some tough times throughout my career and this is testing for us as a nation. I tried to capture that feeling in this track, this is a track for all of us.