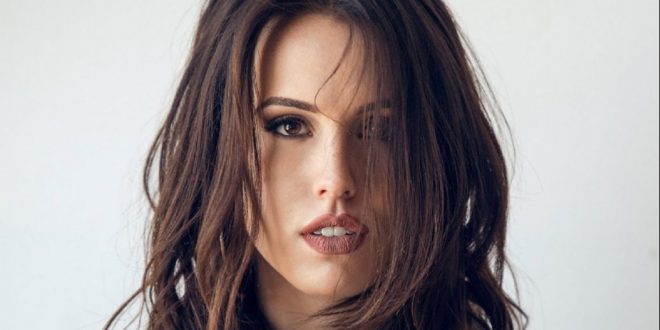 “Why would you let it go to waste / Instead of telling the world I’m yours and yours to stay?” begs Natalie Joly in the climactic chorus of her new single “Yours to Stay,” currently out everywhere quality indie pop/rock is streaming this spring. Although there’s a case to be made for these lyrics being some of the more powerful Joly has ever sang, this third single off of her upcoming album isn’t defined solely by its linguistic poeticisms – as incredible as they are. This work, much as other cuts from her discography have been, is an exhibition in multidimensionality, and it’s a fine listen for anyone who loves superiorly melodic songcraft.

The transition from the balladic piano portion of this single to the heavier, guitar-driven harmony at the midway point in the track is more than a little revealing of the deeper aesthetical influences Joly holds close to her heart – I think it’s a declaration of puritan rock allegiance. She lays into the explosiveness in “Yours to Stay” like she’s trying to bring down the house for a stadium packed full of fans eager to hear something moving, and at times when listening to this song it’s an easy image to picture.

I love the experimental nature of the hook in “Yours to Stay,” and even though it’s a little on the alternative side in comparison to the other material she’s released so far, it proves that there really isn’t anything too big for her amazing voice to withstand. This piece is a challenging number to hit a homerun with, but she nonetheless puts on a vocal clinic in the chorus and the ascent towards it that a lot of her closest rivals could stand to learn a thing or two from (especially given the ambitiousness she shares with many in her generation).

Natalie Joly is still finding herself and her footing in the underground hierarchy, but it’s absolutely clear she’s taking the right measures to cultivate a unique sound all her own in “Yours to Stay.” She’s got a lot of attitude, and even though this is one of the more passionately emotional performances she could have offered at this juncture of her career, that attitude seeps into the content and makes its presence known from beginning to end here. I’m very impressed by her development, and I can’t wait to hear more from her war chest as her skillset advances.

Previous Single Review: Bruce Sudano – “It Don’t Take Much (Because I Do)”
Next New Music Released By Prince Peezy & Lala Chanel