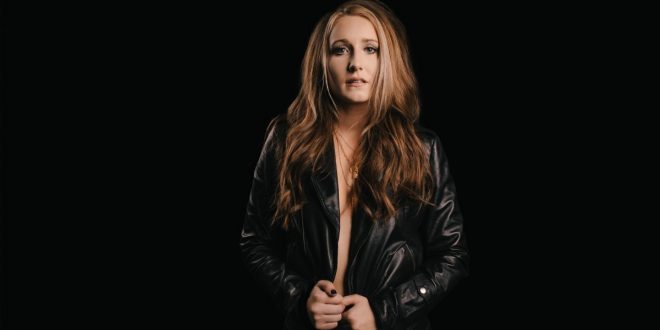 Behind Chelsey James’ ‘The Men And The Boys’

Chelsey James’ new single, “The Men And The Boys” has super country lyrics with heavier rock sounds throughout. Her goal in the country music industry is to bring back country-rock and add a modern twist to it. James idolizes Carrie Underwood, Shine Down, and Journey, but created a sound of her own. In the process of creating this song her producer Mike Bailey asked, “What is your sound?” James explained that communicating what her sound was challenging, but when her Mike Bailey played her a track, she knew it would be perfect for her style.

James sings, “Looking through the neon and the noise, to see the difference between the men and the boys.” The neon and the noise in this line portrays the bright lights, noisy conversations and loud music at the bar. James said that the title “The Men and The Boys” made her reminisce on her college days. “Immediately thought of back in my college days when my girlfriends and I would go out to the bar and there’s all of these guys wearing cowboy hats and their fresh clean boots and just the fakeness of it all of thinking, you know is there an actual real man in here?” James said in the interview. “Like someone with actual mud on their boots, someone who actually works on a farm, that kind of guy.”

Listen to “The Men and The Boys” here: https://youtu.be/4yoHbeQ4LZM

This rockin’ track is relatable for men and women of all ages and provides a boost of confidence. “I wanted to write something that could compete musically with the men who are dominating country music by using the power of a female’s voice,” James explained. “There’s this stigma separating men and women in country music and beyond, but I don’t think it needs to be there; female emotions can take on an energy that’s historically been viewed as masculine and vice versa.” Chelsey James is ready to make her style of country-rock transform the country music industry and this song is just the first step towards the change.

Chelsey James just released her “Behind the Song” video for “The Men and The Boys”. Watch it here: https://youtu.be/I1Apwx3Ubyw

Stephen Vicino is the founder of MusicExistence.com. He created this site to give talented musicians a voice and a way to be discovered.
@@svicino
Previous Will There Be Concerts In 2021?
Next Y U Trippin’