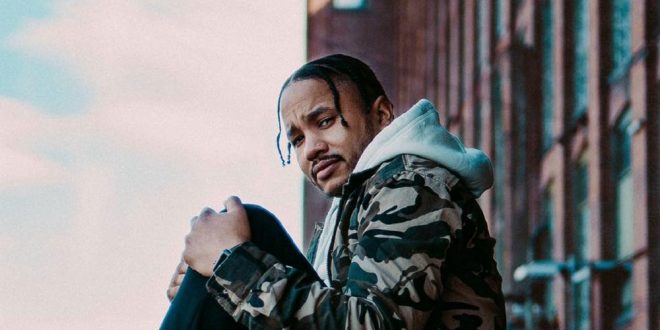 Hot of the heels of his previous release, Vianchi has barely let us catch our breath, before dropping,  “Overdose.”  A cautionary note to self, Vianchi shows more of his heart on his new single, as he continues to peel back layers of his complex artistry. The Massachusetts native, maintains his winning collaboration with Benny Blanco, to bring us another well produced and composed track. Vianchi, once again comes off like a star on the rise. “Overdose,” ensures that his trajectory moves in the right direction.

At just a little over three minutes, Vianchi has done his best to construct a potential hit single, by playing within the parameters of pop. I believe he has once again achieved that, without sacrificing the bulk of his vision. There’s a hip hyperbole to Vianchi’s vibe, and that’s a good way to describe “Overdose,” on the whole. He can be simultaneously passionate and smooth, which is one of his best selling points. “Overdose,” will make you want to move, but there’s also an easy to understand, underlying narrative to the song.

The concept of “Overdose” is desiring someone to the point of self destruction. The song is a clever metaphor that lends itself to a complete story that is able to be told in less than 5 minutes. You make me feel alive/your love is out of control. To his credit, Vianchi stays in character, yet attempts to deliver every line with as much meaning as possible. He does his best to put on a front of indifference and detachment, but upon closer examination, it’s clear how much he cares.

There was some critical backlash, after Vianchi’s previous single, “Die [Alone].” He was accused of being a clone of the Weeknd, with his vocal approach, and even the smoldering, smoky overtones of the song, comparable to The Weekend’s, “Wicked Games.” In my opinion, he has distanced himself from that comparison on “Overdose.” Here, we get a clearer idea of who Vianchi is, as opposed to what’s trending. There can be massive pressure to conform, even in the presumably maverick world of music, but Vianchi is taking long strides into his own identity.

Cause you’re my favorite love/I want you. As modern as Vianchi’s overall aesthetic is, “Overdose,” wouldn’t seem at all out of place on FM radio in 1986. Stopping short of labeling him with the cliché of being an “old soul,” Vianchi accepts his responsibility as an artist and songwriter, to offer something of substance. Even in the confines of a relatively conventional love song, like “Overdose,” Vianchi has something just a little different, or maybe even extra, as the kids say. In fact, it wouldn’t be surprising to see Vianchi move into a more contemplative or even, experimental genre, within the next few years.

It’s excruciatingly early in the game for Vianchi.  Not only have both of his previous efforts been of high quality, though, but they represent vastly different sides of him as an artist. To boast that sort of diversity, this soon, is a highly encouraging indication of what to expect from Vianchi. He gains the trust of his audience, by allowing diplomacy to influence his message, and remaining true to his original ethos. Whether he’s symbolically dying alone, or overdosing, Vianchi is making terrific music, along the way.