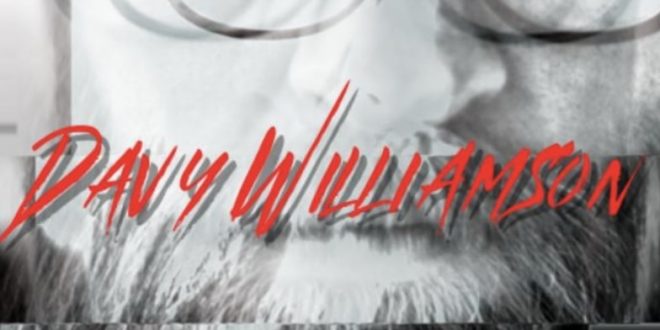 Wilmington, North Carolina’s Davy Williamson has enjoyed his share of success dating back nearly 25 years to his stints in popular regional bands like Third Class Passenger and Ma-Shot-Pa. In 2020, Williamson took his music to a whole new level with his debut solo single, “Thin Disguise.” That track reached international hit song status, by reaching #1 on the iTunes Rock Songs chart in South Africa. In early 2021, he was featured in an Alternative Press instagram story, as well as having received rave reviews for the single. Now, Davy has released another iTunes chart-topper from his debut EP, “Down By The Fire”, called “Cliche.”

“Cliche” is a very powerful rock song, totally reminiscent of the post-grunge era and the music of the early 2000s. Even Williamson’s voice (definitely made for this kind of rock song) oscillates between Staind and Puddle of Mudd, throwing in some nostalgia, even though it wasn’t that long ago. The final mix is seamless, and the song sounds like something that would have reached the top spots in rock radio back then. All in all, it feels that we’re listening to some lost noughties gem.  If you liked Williamson’s “Thin Disguise,” then you’ll love “Cliche.”  It’s got even more punch!