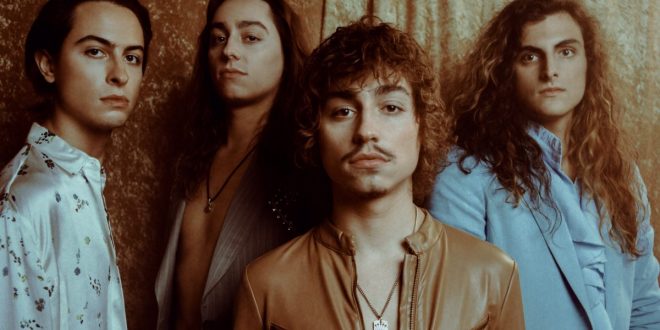 In anticipation for their sophomore album The Battle at Garden’s Gate, Greta Van Fleet has released a new single from the album due to arrive April 16th. Titled “Broken Bells,” the new song is almost six minutes long and sonically represents the growth and experience Greta Van Fleet has gained over the past three years of touring.

Having received criticism for his voice in the past, frontman Josh Kiszka uses the new single to prove that his multifaceted approach to rock n’ roll should no longer be a cause of concern for any of the band’s former critics. He shies away from his usual high arching howls and opts instead for a steady and confident vocal melody that results in a monumental cinematic experience.

His connection to guitarist Jake Kiszka is unmatched compared to previous Greta Van Fleet songs and allows for the twins to create a momentary fusion of explosive rock n’ roll. Top it off with a string quartet and the band has succeeded in their attempt to go beyond the typical means of rock music.

It comes as no surprise the new singles from the band are bigger and bolder than ever before. Their new sound takes a cosmic approach to what they already know and pulls influence from parts of our world yet to be explored. In order to achieve such a sound, Greta Van Fleet worked with producer Greg Kurstin (Foo Fighters, Sir Paul McCartney) who encouraged the group to focus on their strengths as a live band. Having heard a snippet of what’s to come, The Battle at Garden’s Gate is already positioning itself to be this year’s most impressive rock record.