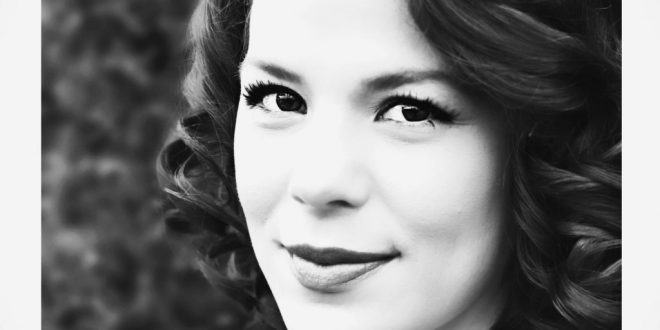 New Album Is Just The “The Beginning” For Vandi Lynnae

Miss Lynnae’s ‘Just One Look,’ scheduled for release this March 30, is an upbeat song about love at first sight and desperately wanting to be noticed by the object of one’s affection.

Meanwhile, ‘Hold the Rain’ – a song of gratitude for having been loved by someone special in the past, and sounding almost like an ode to an old flame – will be available to the public starting April 13. Miss Lynnae’s musician mom, Bobbi Bye, cowrote “Hold the Rain” as a lyricist.

Another major milestone Miss Lynnae is very excited about is the upcoming April 23 pre -sale of her very first album titled ‘The Beginning,’ top-billed by the title song. ‘The Beginning’ – a song that reminisces about an old love – will be available for immediate download when people purchase the pre-sale album.

All of Miss Lynnae’s previous singles from 2020 through 2021 are included in the album along with new titles, making a total of 17 tracks altogether.

Other songs included in the album are ‘I Keep on Moving,’ which is essentially an anthem about hope and survival. This song is extra special to Miss Lynnae because it was inspired by her grandpa, Conrad Bye.

When she was younger, he always told her, ‘Keep paddling the canoe’ – a phrase that has stuck with her through the years and inspired her to always keep moving forward and to never let herself get stuck or become stagnant.

According to Miss Lynnae, this is why she always perseveres – doing what she can and what she knows to do. Sometimes, even when she doesn’t know what to do exactly, she takes steps forward anyway to see where the road will take her. She’s not the type to not do anything. She can’t sit still and needs to keep moving forward.

Miss Lynnae also says, ‘I think that is something a lot of people can relate to feeling, especially this past year, with the quarantines holding us all in place and life at a standstill.’ This is why Miss Lynnae is very grateful to have been given the time and opportunity to put together the album ‘The Beginning’ while COVID-19 wrought havoc around the world last year. She is also very thankful for the people who have collaborated with her and helped her make the album happen.

‘The Beginning’ is a major breakthrough for Miss Lynnae, not only because it is her very first album as an established singer but also because she produced all but one song, and wrote the songs comprising the album. It’s also her first venture as an independent artist, so Miss Lynnae is understandably excited and proud of her latest accomplishment.

The album is a product of Miss Lynnae’s collaboration with other musicians and creatives, such as her friends Philip Logan (guitarist, producer, and composer), Kevin Nolan of Rude Music (guitarist and her little sister’s boyfriend from Nashville, TN), Blake Miller (guitarist), Bobbi Bye (her mom, guitarist, and songwriter), and Bob Wilson (jazz pianist and arranger).

Miss Lynnae’s upbeat yet emotional singles due for release this March and April embody the energy and hope that usually characterize her music, regardless of the subject matter.

Those who wish to know more about Miss Lynnae and her music may follow her official accounts on: