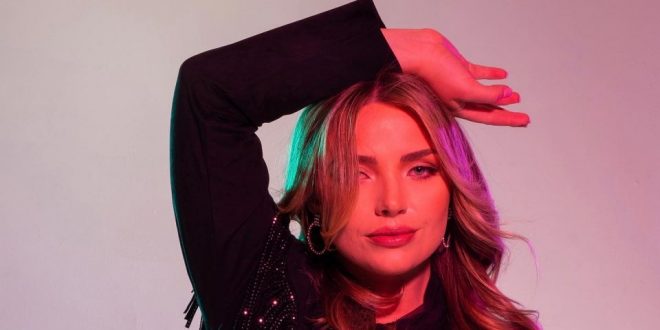 The best singers in country music are those who are wise enough to build off of a strong harmony when given the opportunity to do so, and in her new single “Aim a Little Higher,” Kailey Nicole asserts herself as one of the premier young voices to keep an eye on in the genre. “Aim a Little Higher” is a homespun country tune that reaches for mainstream pop cues only to wind up producing some of the more uniquely enchanting melodic fireworks I’ve had the great pleasure of reviewing in the past few months, and it’s entirely because of the vocalist bringing its every verse to life.

There’s no need for debate among Nicole’s longtime followers here; this track undeniably sports the most muscular vocal performance she’s given in the studio thus far. She’s attacking the lyrics with an ease that suggests she’s grown a lot more comfortable with the recording process in just the past year than many of her contemporaries will ever be able to do on their own without the guidance of an industry veteran. Her enthusiasm for the medium makes this listenable even for the non-country audience, which is something Nashville goes for in every prominent release the scene issues.

The swing in the rhythm here is really moderate, lending some of the responsibilities in creating physicality in the song over to the string section. This isn’t a problem of course, but instead just another opportunity to Kailey Nicole to come sweeping through the frontend of the mix with a picture-perfect harmony synchronized to tie everything together when we’re least expecting it. Her timing couldn’t be much better, and it tells me that she’s been developing her skillset for the stage even without having access to the usual training tools given the pandemic situation 2020 was left to manage.

In the music video for “Aim a Little Higher,” Kailey Nicole takes on the title role in The Bachelorette, extinguishing the very notion that her abilities as a performer are limited to the recording studio alone. She’s got a dynamic presence here that leaps from the screen into our hearts effortlessly, both on the back of her vibrant rhymes and the framing of her verses through the context of the video’s imagery. It’s clear this is a singer/songwriter more than ready for the big leagues, and I think other critics in and outside of the country establishment are going to agree.

Country music didn’t require any more talent to stay alive in the 21st century, but it undeniably needs more players like Kailey Nicole who possess both the charisma and the creative moxie to lead a new generation of players into the future the right way. “Aim a Little Higher” displays its designer doing everything its title suggests she would and more, and if it’s at all indicative of the kind of material we’re going to continue seeing and hearing from this artist, her latest release won’t be the last hit she scores with fans and critics like myself.