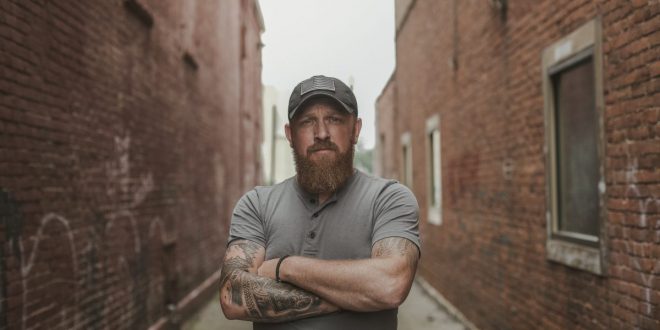 Country music singer-songwriter, Derek Jones released his newest EP this week “Last of a Dying Breed.” Jones’ last album, “Pray,” was a huge success for him as it hit No. 1 on Amazon Charts and No. 7 on iTunes. There is no doubt that Jones is strong, dedicated, and country to his core. He is a husband, father to two daughters, and a United States Navy Veteran. Some might be familiar with Jones because of his time touring with Billy Ray Cyrus for four years or remember his opening acts for major artists such as Ashley McBride, Blackberry Smoke, Charlie Daniels, Trace Adkins, and many more. Jones has also made appearances on the TODAY Show, Good Morning Australia, and Pickler and Ben. He has also written songs for major television outlets, including the several tracks for “Tailgate Adventures” on the Sportsman’s Channel’s Theme song for “Fisher’s ATV World” on the Velocity Channel and NBC Sports.

“Last of a Dying Breed,” is a country album with a folk-rock tune. The album features five songs, one being “Everybody’s Somebody.” This song shows Jones’ true character, and he wrote it because of the way his mother raised him and taught him to treat others with the golden rule. He sings, “Since then Mama’s passed, what she’d taught me last she’d say everybody’s somebody and nobody’s nobody. Don’t let anyone tell you that ain’t so.” It is always a nice reminder to people to be kind and treat others in a way that you would want to be treated. Another song on his album is “Pokin Holes” and it has a folk-dance vibe to it that will make people want to get up and dance to Jones’ vocals and instruments harmonizing. The three other songs on his album are titled “Black Cloud,” “Nature of the Beast,” and “Last of a Dying Breed.”

“Last of a Dying Breed,” is available for streaming on all platforms now and the five songs each give a different look into Jones’ life. In “Last of a Dying Breed,” the last song on the album, Jones sings, “There ain’t any souls left like me… I’m a man of my word that’s a guarantee. I’m the last of a dying breed.” Throughout his album, Jones shows his honor and respect for our nation and our people. Jones’ is a steadfast country loving man, and you can tell through his music. This introspective project tells Jones’ story through country-rock tunes. Jones is from a small town and his songs give listeners a perspective of his life lessons, the bigger picture and personal experiences along the way.

Stephen Vicino is the founder of MusicExistence.com. He created this site to give talented musicians a voice and a way to be discovered.
@@svicino
Previous Album Review: The Deathray Davis – “Time Well Wasted”
Next Single Review: “Aim a Little Higher” by Kailey Nicole