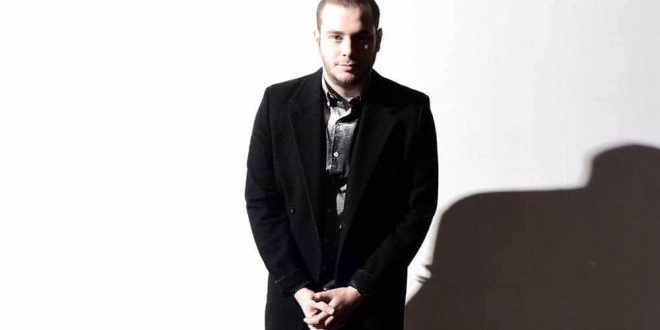 Single Reviews: Leo Sawikin “Born Too Late” and “Take What You Want”

Strikingly simple and yet woven into a miraculously potent melody as seamlessly as a recording studio will allow for, Leo Sawikin’s vocal is sounding as powerful as ever in his new single “Born Too Late,” one of two new songs out now in support of his burgeoning solo career and upcoming debut LP away from The Chordaes. The other of the two singles, “Take What You Want” presents us with an equally brooding display from Sawikin, and all of the magic starts and ends with his incredible lead vocal. This is a singer who has been itching to grow into something more experimental for a while now, and that’s more than obvious here.

I absolutely love the balance between the fragility of the vocal harmony and the anthemic riff in “Born Too Late,” and were it given any more of a surreal aesthetic compositionally I might have qualified it as more neo-psychedelic than post-punk. There’s always been certain postmodernity to Sawikin’s work, but I feel like it’s getting a second life in this project that it was never able to reach in other settings. With any luck, this track will only serve as a taste of what’s to come.

Harmony is the centerpiece of “Take What You Want,” which isn’t to dismiss the credibility of the lyrics so much as it is to highlight the significance of the tonal qualities here. Sawikin is making love to the fleeting instrumental melody in the backdrop in this track, and although there’s plenty of expressiveness channeled from the plodding rhythm of the music, the kinship between artist and medium is its true source of catharsis. Detail means something different to every act, but for this player, it’s the cornerstone of every exciting moment he’s committed to master tape so far.

The emotional weight of this material is hardly contained within one facet of the music, but instead, through a multidimensional framework, both singles exemplify rather brilliantly – cosmetically and structurally. As far as radio appeal is concerned, I can see why “Born Too Late” and “Take What You Want” were released together, as they feel like an aesthetical one-two punch in every capacity, but what they tell us about the songwriting ambitions this artist has is easily the more important takeaway here. If we’re to learn anything about Sawikin from what he’s introducing us to in these tracks, it’s that he isn’t about to be bound to any limitations attached to other projects he’s participated in before.

If you did the duality of The Chordaes and have been wanting something a little more meticulous of the same style, what Leo Sawikin is playing under his new solo banner is what you need to be listening to this spring. “Born Too Late” and “Take What You Want” are vulnerable ballads that have the thunder of rock and the subtle brilliance of surreal pop, and though they’re just a sneak preview of this emerging chapter in Sawikin’s career, they’re enough to keep me interested for the foreseeable future.