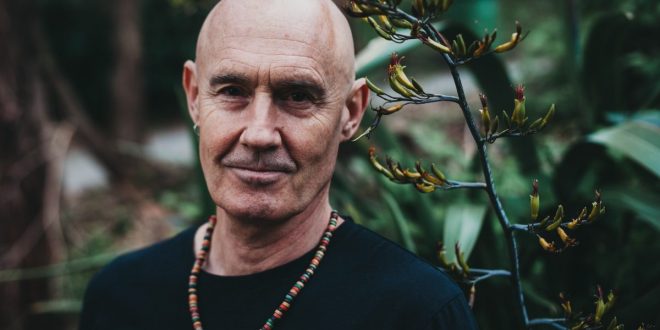 Brian Baker Gets A Little Darker On “Sometimes (You Lose Yourself)”

Brian Baker is back with his latest single “Sometimes (You Lose Yourself)”, a track featuring an infectious groove with slightly darker subject matter than fans might expect. “I really had no idea how prescient the lyrics would be…..At the end of 2020 it was time for me to return home,” he explains,  “I moved from Melbourne, Australia, back to what I consider to be my spiritual home, Northland, New Zealand.”

“Sometimes (You Lose yourself)” reflects the mindset of Baker and that leap of faith in his move. “There are times when you need to walk away and let it go, to lose yourself.” he explains, “Our ideas of ourselves, our place, our purpose are impermanent and can change. Ideas and expectations of love can also change, but somehow, life and love continue. This is that idea in a song.”

“Sometimes (You Lose Yourself)” was recorded at Brian’s studio, The Bakery, in Melbourne Australia but released after he’d arrived in New Zealand. The music video features Baker playing all the roles in the band in his lush new property.  “Living here, it’s pretty up close to Nature, something I like. That isn’t always comfortable or easy but it  is helping me see that we’re part of that picture, caretakers not dominators.”

Brian Baker is a singer/songwriter/producer with a passion for the environment and Buddhism, themes evident in his songs, music and videos. He plays guitar, bass, piano and keyboards, drums and percussion, sings and relishes his production duties, on his own songs and other artists works.

Brian signed a deal with Fable Music/The Image Label to produce library music which continues to be used worldwide. He’s written and recorded radio and TV jingles, short film and documentary scores. He has performed at countless shows and is writing and recording songs and music at the highest level of his profession.

Previous Electronic Artist ALIA SYNESTHESIA Reveals The “Cult” of Productivity With “Stop Go”
Next Single Reviews: Leo Sawikin “Born Too Late” and “Take What You Want”