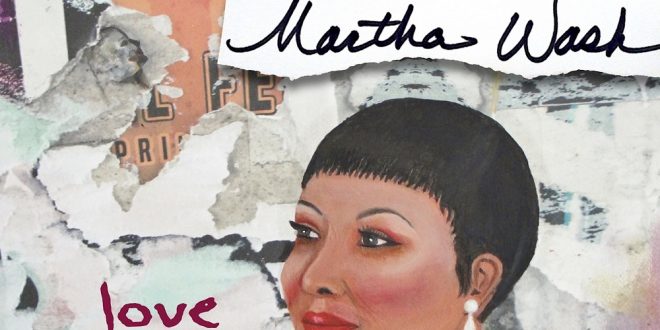 Martha Wash takes her own advice and rises and shines like a beautiful angel with Love & Conflict. This is the third solo record from Wash who’s had a fascinating career, many knowing her from Two Ton’s O Fun which was renamed to the now-iconic Weather Girls of “It’s Raining Men” fame. Wash has really never stopped working or keeping her name out of the conversation. Her last album the 2013 release “Something Good” felt more like an interesting experiment than a full-on embracement of her roots with a heavy acoustic backing and a more subdued vocal presence. Now, Wash has come to the stage, thrown off her coat and she’s back, better than ever embracing her truest self as usual and delivering one hell of an album. It’s the kind of album that feels like it’s been around forever but hasn’t been fully articulated until now.

Obviously, as such an influential icon you have to wonder well how will she reinvent the wheel so to speak? The answer is she doesn’t, at least not as we might expect. She could have easily gone the route of modern Missy Elliot and bent her natural if not “dated” musical sensibilities at the compromise of herself (you could argue that was what her last album was, even as enjoyable as it was) to fit in with the time, but instead, she leans into what’s made her a legend all these years later. Tamborine shakes a memorable brass section and some perfectly timed usage of backing vocals.

There’s an unassuming grace to the album with the melodic entrance and exit of the starting track “Glamour Flows” as if she’s saying “Hey I’m back, did you miss me? Well, get comfortable.” Also let it be noted that it’s almost refreshing that you can very clearly tell that many of these instrumentals are done with, well really instruments. Despite technological advancements, you just know when it’s real instruments it makes such a difference, just look at what the late Amy Whinehouse did by insisting so and its rewards pay off in spades on this record. The backing tracks only emphasize Wash’s voice, never trying to keep up and the whole proceeding has this confidence to it, as you can literally hear Wash smiling in the recording booth.

“Settle Down darling, breathe along with me, before this ship goes down this world is crazy can’t you see?” she sings at one point and along with her slamming greedy record companies (something she’s been known to combat for years, google it), people who don’t accept her as she is, body and all, she takes it all in stride. This album could truly serve as the long-awaited second or even third act to this illustrious star. I demand we see her collab with other artists like Gorillaz or the Trans-Siberian Orchestra, places that will know exactly what to do with her immeasurable talents. My honest to god only complaint is that this album isn’t longer, but then again it only makes us more appreciative of what we have and I think that’s what she wants us to take away from it all.