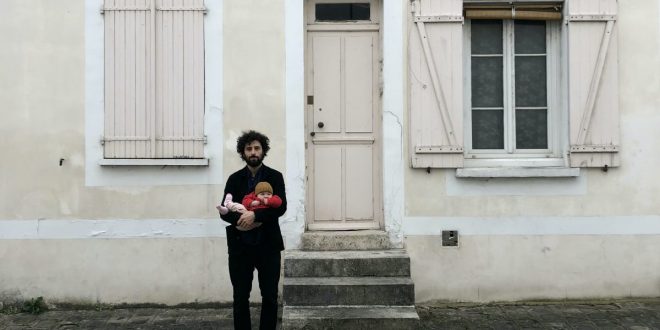 Visionary singer-songwriter-guitarist José González has announced today’s premiere of his first new song in more than five years. “El Invento” is available today via Mute at all DSPs and streaming services. “El Invento” – which follows the 2015 release of González’s acclaimed third solo album, VESTIGES & CLAWS – marks the Gothenburg, Sweden-based artist’s only publicly released song to feature lyrics in Spanish, for which he credits his young daughter with helping him during the writing process. The song is joined by a deeply thought-provoking lyric video streaming now on YouTube.

“Every now and then I try to write lyrics in Spanish,” González says. “This time I succeeded! I guess talking to Laura in Spanish everyday helped. I started writing ‘El Invento’ in the fall of 2017 when Laura was born and finished it seven months later. The song is about the questions – who we are, where we’re going, and why? Who can we thank for our existence? Historically, most traditions have invented answers to these questions. Thereof the name of the song: The Invention (god).”

Hailed by Rolling Stone as “someone whose subtle, carefully crafted music delivers rewards to listeners who know how to wait,” González recently debuted “El Invento” with a special live performance as part of the 2020 Nobel Prize Award Ceremonies.

José González’s stellar career can only be described as a dream. His classic interpretation of The Knife’s “Heartbeats” provided the son of Argentinean parents with a jumpstart that has since tallied more than 1 billion streams, over 150 licensed TV, film, and videogame uses, and a major presence on radio stations around the globe. He has won a range of honors, performed on high-profile network television shows, headlined prestigious festivals, sold out concert venues on virtually every continent, and collaborated with Ben Stiller on an inventive film soundtrack. González’s warm, intimate voice and tender harmonies, underlined by a dexterously plucked Spanish guitar and muted percussion, deliver profoundly thoughtful lyrics largely revolving around ideas of civilization, humanism, and solidarity. A sincere, artful performer whose singular approach to songwriting and sonics sets him worlds apart, José González is in a class by himself.
SPOTIFY: https://open.spotify.com/album/1XhI1Bcby2CSogky3EiENa?si=Oa-gGK9URAGfYcruIICSzg

Stephen Vicino is the founder of MusicExistence.com. He created this site to give talented musicians a voice and a way to be discovered.
@@svicino
Previous Underground sets the Bar with $TYLJA on “I Remember” feat. N2ition + That Boy Cayse
Next “High By The Beach” Is The Latest Offering From Christian Corsi