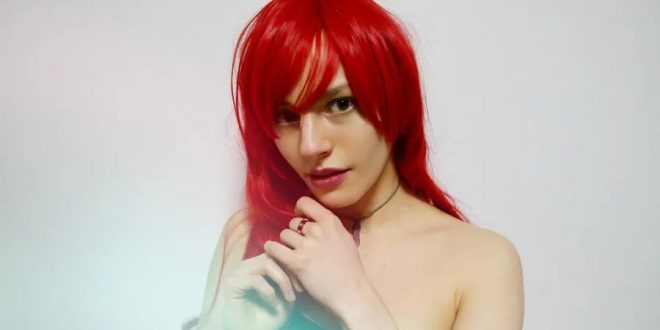 Waking to surreal surroundings that immediately hint at kinetic eroticisms lurking just below the surface of the on-screen imagery, Meresha wanders through a dreamscape in the video for her single “Red Headed Lover” oddly relaxed by the setting. There’s something eerily calming about her comfortability with the bleached walls and psychedelic hue they’re filtered through, and as we get deeper into the track, the music only reinforces this feeling. Meresha is operating on a postmodern game plan for this latest release, and I’d say she’s sounding more focused in her attack as a result.

Instrumentally, “Red Headed Lover” is a post-funk piece of art pop that drifts in and out of familiar indie/alternative territory, with the lead vocal remaining the most important element in the fold at all times. Nothing intrudes on Meresha’s voice, nor does she put herself in the position to be crushed by the sledgehammer-style swing of the bassline (which is by far the most intense component of the backend). It’s obvious that either big money, hard hours or both went into the design and production of this piece, mostly because of the seamlessness with which the final product comes slinking out of the shadows.

If this is on par with what the next chapter in Meresha’s story is going to be sounding like, “Red Headed Lover” might well mark the start of a new era of success for her brand. There are unexpected nods to the minimalist, postmodern, surreal and atmospheric pop movements of the American and British undergrounds in this performance, and in every instance it feels as though Meresha is making it known to anyone listening just how repellent she finds the mainstream model in 2021. She’s off on her own route to the big leagues, and that’s evident in “Red Headed Lover” even at a distance.