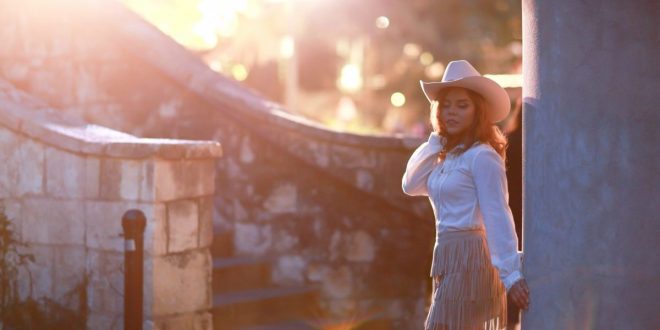 Madelyn Victoria will release “Good At Goodbye” single on March 26, 2021. It’s her first single since her Top 15 Canadian iTunes hit, “Right Here With You.”

She’s back! After a two-and-a-half year hiatus between releases, San Antonio, Texas beauty Madelyn Victoria returns with a brand new single. Her self-penned “Good At Goodbye” will be released on March 26th, 2021 (MTS Records). The single is the follow up to her 2018 single, “Right Here With You” that reached the Canadian iTunes Top 15.

“Good At Goodbye” was produced and engineered by Sean Sankey. Mastering was done by Nick Landis in Austin, TX.

“We’re so happy to have a new release from Madelyn,” said MTS President Michael Stover. “This is her best work to date, and I’m so excited for everyone to hear what she’s been up to.”

ABOUT MADELYN VICTORIA: Originally from San Benito, TX, Madelyn’s debut single release, “He Only Loves Me on the Dance Floor” reached #1 on the national country AM/FM chart, New Music Weekly, making it one of the biggest debut singles of 2016. The self-penned song won an Akademia Award for Best Country Song in April 2016, earning her numerous other award nominations and a spot on the CMT.com Top 50 Most Popular Artists chart. The video for “He Only Loves Me” reached the Yallwire.com Top 5 Most Watched Videos chart, while her YouTube cover of George Strait’s “Amarillo By Morning” received over 100,000 views in just 2 days, after being featured on Country Rebel’s website. Her cover of Johnny Cash’s “Folsom Prison Blues” matched that number, after being featured on the same site. Madelyn Victoria and her band have shared the stage with some of the biggest names in country music, including Easton Corbin, Randy Rogers Band, Turnpike Troubadours, Tracy Lawrence, Kevin Fowler, Clay Walker, Josh Thompson, Dustin Lynch, Zac Brown Band, the Charlie Daniels Band, and more. For more information, please visit www.madelyn-victoria.com .