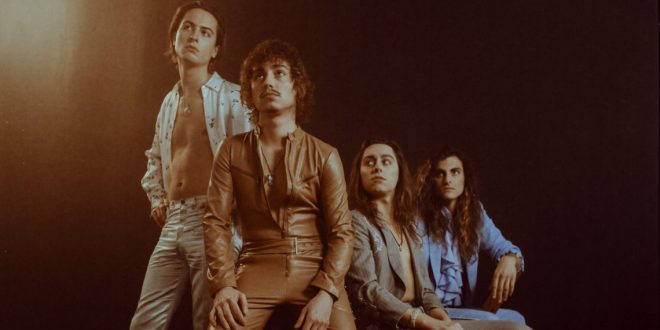 Michigan rockers Greta Van Fleet have released their latest video for “Heat Above” off their sophomore album The Battle at Garden’s Gate, out April 16th. The new video supports the band’s third single off the upcoming album which was produced by legendary pop music guru Greg Kurstin (Foo Fighters, Sir Paul McCartney, Adele).

While “Heat Above” takes a more mellow approach to songwriting compared to the band’s previously released hard rocking singles, the new video is anything but. The band takes their fans to the circus on this one and showcases an eclectic display of costumes, sequins and glitter galore. It’s a visual representation of what happens when you force the artistic type to refrain from performing for almost an entire year, due to a global pandemic. The band’s creative psyche has obviously imploded and can be seen here on “Heat Above.” Check it out below:

Katie is a Toronto based writer for Music Existence. She loves all things rock n' roll & Star Wars.
@katietymo
Previous “Welcome To Brighter Days” Is The New Release From Freddy Zucchet & The Universe Club
Next Madelyn Victoria Returns With Self-Penned “Good At Goodbye”