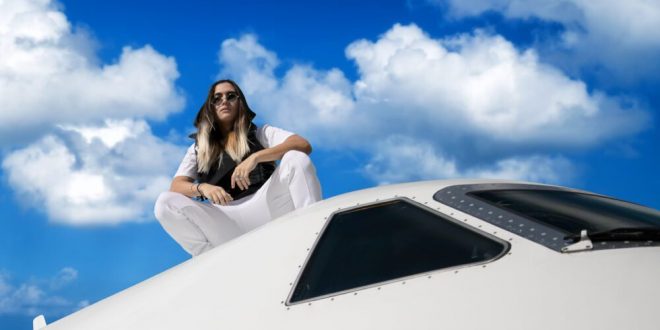 Experimentation is the cornerstone of every incredible debut across every genre in the pop lexicon, and in the case of the self-titled rookie EP from DICI, this is especially true. Rather than simply applying his stylish brand of rapping to a familiar framework or the mainstream model he’s been influenced by. DICI goes out of his way to stay fresh both instrumentally and lyrically in his performance, leading to numbers like “4door,” “305-INTERLUDE” and “Shibuya,” each of which feel like legit hits from an established player. There’s no stunting for the audience in the form of well-varnished synthetics or storyline segues that do nothing to serve the aesthetic of the music in this extended play. There’s just a man on a mission, and the craft he’s cultivated separately from the popular kids.

Continuity between “Vector,” “305-INTERLUDE” and “Bar for Bar” doesn’t exist in spoken word as much as it does a basic flow of melodic discord constantly present behind DICI. Even when he’s working against a heavily textured backdrop like that in “Vector,” he’s relaxed in his performance and reticent to ever rely on tired conceptualism or, worse yet, pomp-inspired frills that would likely have got him categorized with the ‘so-so’ south Florida crowd not quite ready to make Rolling Loud. You’ve got to admire his youthful adrenaline and the nimbleness it creates in songs like “Bar for Bar,” and if he’s able to stay disciplined in his use of this attribute I think he’ll be leaving his biggest rivals in the dust sooner than some might be expecting.

DICI could have stripped-down “Shibuya” a bit, just for the sake of giving us some barebones artistry to mix in with the fleshy sounds of “4door” and “305-INTERLUDE,” but I can also understand his desire to flex some muscle around every turn here. There’s nothing wrong with wanting to present your skillset at its most refined and well-rehearsed, and from this angle I think it’s safe to say that he did everything right when constructing this initial offering. He’d be wise to expand upon the foundations of this record for his first official LP, but even if he decides to wade further into the waters of experimentation and alternative songwriting, I’m pretty certain I’ll like what I hear.

There’s still work to be done, but if you’re looking for a hot new artist to keep close tabs on in 2021, DICI is exactly what you’ve been searching out. He doesn’t have conventional rough edges – the very nature of his artistic style is the rebel yell, and he’s using it to draw our attention towards understated elements more frequently than he is anything intentionally flashy and bombastic. Mainstream kingpins could actually learn a thing or two from this young man’s seemingly unshakable self-awareness in songs like “Bar for Bar,” and with more exposure and some time to get even better than he is in this tracklist, I’m sure DICI will have the chance to match (if not outright surpass) modern day elites in the hip-hop genre.

Previous Davy Williamson Lets Down His “Thin Disguise” In This Exclusive Interview
Next Back With “TMW”: It’s Jeymon