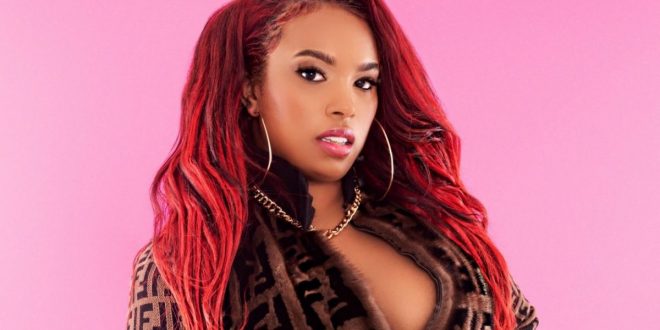 The Los Angeles music scene is in a strange place culturally in 2021. Ravaged by COVID’s effect on the concert scene but oddly inspired by a new wave of insular songcraft much as we’ve seen in New York, Miami, Houston and Seattle, L.A.’s emerging generation of players are both a product of history and a response to it, and this is quite evident when listening to the music of an up and comer like ayoka. ayoka’s recent single, “Elevate,” is a fusion of progressive R&B, soul and hip-hop aesthetics reminiscent of a young Lauryn Hill, and collectively her sound can very much be described as representative of a new SoCal style of play.

Though her vocal attack is gentle from the get-go, ayoka benefits tremendously from the heat generated by the resistant beat in this track alone, largely leaving her able to be agile and smooth at the front of the mix while the instrumental backdrop creates tension behind her. It’s a bit complicated in comparison to what some of her rivals – particularly those on the opposite coastline – might have done, but it definitely makes it easy for her to remain attentive to details other artists might just as soon have overlooked.

Instrumentally, I think it’s fair to say that “Elevate” tethers itself to retro soul as much as any track can without devolving into the numerous pitfalls of being a throwback through and through. That said, the mix it’s filtered through is crisp and hip-hop-influenced with a charismatic emphasis on swing I wouldn’t have expected had I not heard the rest of ayoka’s debut album Venus just last year. While it’s true that hybrid harmonies and crossover production styles are all the rage right now, it doesn’t diminish the fact that this single exemplifies an ability to be both unique and a part of a national trend (even if it is an underground one).

ayoka makes great use of the tense atmosphere created by the bassline in the background at every turn in this single and its music video, and I think that her firm control of the narrative through the moodiness of her delivery shows a lot of creative chutzpah she’ll need to advance in the mainstream level of this genre. She can’t rely on lyrics alone in being an accessible storyteller; she’s got to pull out the stops every time, much as she has here, in order to make a splash with discriminating millennial audiences.

There’s a lot of competition to behold in and outside of the southern California R&B underground at the moment, but if you’re looking for a greenhorn blessed with the talent to carry forth an artistry all her own while sticking to an enticing theme, ayoka is an artist I recommend checking out as soon as possible. She’s not stunting in this performance; the harmonies and the compositional foundations they’re built off of are original and untouched by synthetics, and hopefully they’ll be only the first of many to hit record store shelves in the 2020s.