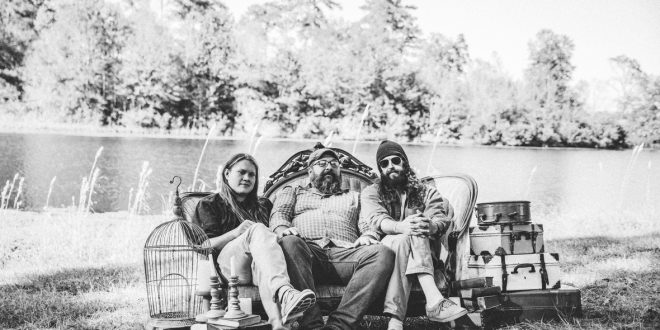 Royal Horses are a Hattiesburg, Mississippi trio whose sound draws from 70s rock, blues, and Americana. In the relatively short span they’ve been together, the band has developed a reputation for their minimal overdub-based recording style, as well as their high-energy live shows. Back in 2020, the band released their debut album, A Modern Man’s Way to Improve, on Record Store Day – a gutsy move given the ongoing impact of Covid-19, although the album was still warmly received. Their latest single is “Time Wounds All Heals”, which was put out last week as a lead-in for their upcoming follow-up album.

I caught up with frontman Shelby Kemp to discuss the band’s origins, the recording and release of their debut album, as well as what they’ve learned to implement in their time together.

When you were growing up, what was your musical environment like?

I would say, when it came to my dad, he didn’t really influence the music I’d end up liking, but he was a big influence on my wanting to play music. He was into bands like Kiss, Guns N Roses, and hard rock in general, and as I got a bit older, I listened to blues rock like Led Zeppelin. When I’d be in the car with my mother, she’d put on country and gospel music, and that became a huge part of what I’d end gravitating toward. It’s all those things combined.

In Royal Horses, how did you guys fit in with one another?

On a personal level, I’ve been friends with these guys for quite a while, and I was with Daniel, our drummer, in another band. Kenny ran this craft beer club, and when I was a teenager, he’d book me for events where I would play solo, but we’ve always known each other since even before the band formed. It was cool being able to put together this band with people you already know and trust. Originally, it was going to be just me on acoustic guitar and Kenny on upright bass, kind of like the Wood Brothers, but once we brought the drums in, there was no way to hold back the blues. So, it went a bit in that direction for a little while, and then we started doing country stuff. It’s always been really easy, man. They’re really good at what they do, and they make it really easy for me to do what I do.

Before being in this band, were you already aware of the full extent of each other’s abilities, or are you just now recognizing that these days?

We’ve definitely gotten to know each other so much more from a creative standpoint. Daniel and I came of age musically together, gigging and spending time in the studio. It was the first time we were really serious about it. I can actually remember one night talking to Kenny after playing a solo show, where he said, “You know I play upright bass, right?” And I didn’t believe him at first, because I didn’t know he played music at all. But his friends vouched for him and said, “Yeah, he’s amazing,” so I was like, “We need to jam!” I would call that the seed for what became Royal Horses.

So, by this point, you just really locked in.

Yeah, I’d say. We didn’t play out in the beginning, but we would always get together to jam and write songs. In my other band, I had written all these songs that didn’t get used, so I was feeling a little cooped up. But once we started hammering out originals with Royal Horses, it didn’t take long to realize that this is what we wanted to be doing.

In getting those songs together, you came up with your debut album, A Modern Man’s Way to Improve. What was the idea behind it?

That record came together all within the same session as “Leave A Light.” “Leave A Light” was my first song for the album, and I wrote it several years before these other songs. With the title song, I was writing a lot about social media, and how I can see it affecting me. It really set the direction of the album, about modern life, and how much easier it is to pull yourself up from nothing than it was 100 years ago. You could only get there by doing manual labor, but nowadays, it’s so much easier to make a lot of money. That’s like what’s been happening with random guys on the internet buying stock in Gamestop; you can be on the internet just long enough to make a million dollars.

The sound on the album is really organic, in a way, and we’re usually used to a lot of rock being overproduced. How did you go about its production aspect?

Well, it was like when I talked early about being serious in the studio. We did the tracks in New Orleans in Downman Sound, which is owned by some friends of ours, but it’s a really simple setup. They use Pro Tools, and have a nice, big live room. We figured we’d let the whole album just have live takes of everyone playing together, and when you’re working with a tape machine, you have to do it right. We did that on some of the stuff, but we also did some overdubs. I guess one of the goals was to keep it from being overproduced. There’s not too much layering going on, and we wanted to emulate, as much as we could, how records were made in the 60s and 70s, while also being modern.

When you mention that 60s and 70s influence, I definitely feel that. Not only do you guys sound tight together; you also have a warm sound.

I would say that was a result of the space we were using, as well as the engineer and producer, Scott Sibley and John-Michael Early. The mixing sounds fantastic, man! I’ve been more involved with the process since then, but when we did that record, we would email each other back and forth about what we wanted, and they would send us the result. Sometimes we made changes, but we only did that two or three times, and I think it turned out just right.

You ended up releasing a whole album, rather than doing the more common monthly single approach, and during the pandemic, even. How do you feel about the turnout?

The original plan was to release the album on vinyl on Record Store Day, wait two weeks, and then put it out digitally. We did put out a single, “Bottom of the Chart,” with a lyric video, but that was the extent of it. As you know, the pandemic hit, and then Record Store Day was pushed back to October, and we chose to stick it through. I’m really happy we did that, and we crafted this thing to be listened to all the way through.

Considering what happened, how does that affect the way you’d approach future releases?

I just know that the older I get, I realize that only I’m in control of my actions, and it really doesn’t do my body any good worrying about that. We’re fortunate enough to be in a part of the world where things have been open for a while. When people from LA or New York come here, they’re blown away at just how normal everything feels. I guess, being from the south, we don’t have the same anxiety as people from more locked down parts of the country are. But for our next release, we’re going digital right away, and we’re hoping things gradually go back to normal.

That was awesome how you managed to put out a vinyl run of your album out on Record Store Day. It’s not easy to make those kinds of connections.

Yeah, it wouldn’t be if you were somewhere else. I’ve been to many different cities around the south, and seen many music scenes, and there are so many great communities within them. I wouldn’t trade living here in Hattiesburg for the world. The people here love and support music of all kinds. I’ve always said, “If you’re gonna live anywhere in Mississippi, you’re gonna live here” (laughs).

With your current single, “Time Wounds All Heals,” do you find that that kind of song is a decent indicator of what to expect for the next full-length?

Well, like I had mentioned before, we hadn’t planned on releasing any singles, but this one came about because we teamed up with a friend of ours from Mobile, Alabama, who helped us make the connection with Eddie Roberts of The New Mastersounds. He has this company, Color Red, that’s really good at doing single releases. After our socially distant tour of the Midwest and west coast, we went to Eddie’s studio, planned some more material to be released as singles, and I think this is the song he gravitated to the most.

In the time you’ve been a band, do you find that your chemistry is a lot stronger these days?

It is! You know, we’ve played a lot of shows, and have toured, although ‘toured’ is a strong word (laughs). But yeah, I feel like our chemistry grows tighter every time we play.

That’s awesome! Putting your career in perspective, what have you learned about yourself, both as a musician and a person?

Playing with these guys is really a character-building experience. When we started playing, I was around 24, and I’m 27 now, and I’ve done a lot of growing up; my bandmates are older than me and are well-rounded humans, and I learn a lot from them musically as well as personally. Both Kenny and Daniel have eclectic music tastes, but we’re all similar to each other in a way, and it’s good to have people like them as songwriting partners. There’s a funny story involving Daniel and I. Before the pandemic, we saw the band Umphrey’s McGee in Birmingham, Alabama. They played “Panama” by Van Halen, and we seemed like the only two guys in the audience who were banging our heads, and everyone looked at us like we were crazy (laughs), but that’s what we connect on and how we’ve channeled each other. We’ve all grown a lot.

I can tell how thankful you are for them in the way you speak.

Yeah, I am thankful. In the beginning, I was very naïve about pursuing music after high school, and my parents wanted me to actually do something. It was a weird way to do things at first, but in meeting these people that I’ve met, and learning from them about how to approach music has truly been a blessing.

Please keep streaming the music! If you’re comfortable going out, we’ve got some socially distanced shows in our area, and really good anchor points in Colorado, Kansas, and Texas. If that’s your area, and we know you’re coming, please come out!

“Bottom of the Chart” Lyric Video:

I come from a family who is passionate about all things music. I learned to sing at an early age, and by 13, had my very own Fender Strat guitar. I tried my hardest at learning all that I could. Because I was born with cerebral palsy, I had to teach myself an adaptive playing style. I learned to write and record my own music, despite these difficulties. In college, I started making great use of my writing abilities by reviewing music, as well as copy editing. I guess it's best to stick with what you know, while welcoming a fair challenge at the same time.
Previous Silent Theory Release Official Music Video for “Shaking Cages”
Next 2 SHADOWS Releases New Single and Official Music Video, “SCREAMWORKS”, Via ROCK SHOP RECORDS! 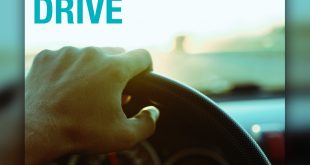