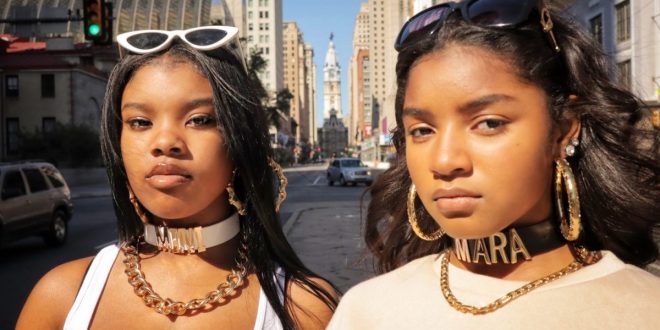 Mara x Mini have an incredible task set before them in the new single “We Matter,” and while taking up the cause of using their music to support the fight for equality worldwide isn’t easy, they don’t show even the slightest hesitation in their performance here. Building a melodic hip-hop track around harmonies and a swift lyrical delivery is one thing, but lacing the rhythm with a groove akin to a heartbeat – with brutally human lyrics to match – is something that demands personal investment on the part of the players. Mara x Mini are the right duo to embark on this journey, and they make that more than clear within the first sixty seconds of “We Matter.”

While it can be said that the music video for this song unfolds with more optimism than sorrow, it definitely alludes to the dark nature of narrative in no uncertain terms. When discussing the genocide of Black lives in America today, Mara x Mini don’t hold back in getting real with the audience whether they’re comfortable with it or not; their bluntness, in my view, undisputedly channeling the anger behind a revolution being waged for life itself. In a war they would never ask to fight, these two young women are serving strong through lyrics and music attentive to the pain of millions – and yet as unique to their songcraft as the vocals in this track are.

“We Matter” isn’t the first Black Lives Matter-inspired track to gain the justifiable praise of critics on the indie beat, but it’s by far one of the more poignant I’ve had the pleasure of sampling in the new year. Mara x Mini operate like veterans of the business here, and if they stay with this present artistic trajectory I think they’ll find themselves at home among the elites in modern pop quite soon.