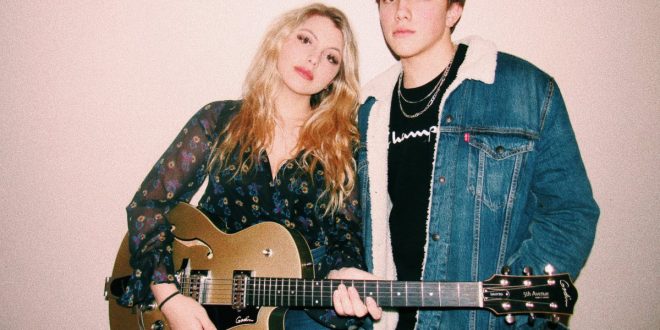 Indie Folk Singer-Songwriter Sophia Anello has dropped her latest single, the whimsical Indie Folk track “When We Were Young”,featuring her young brother Nico Anello. “When We Were Young is a nostalgic duet with my younger brother Nico Annello,” explains Sophia, “With all that is going on in the world I think most people can relate to reminiscing about simpler times.”

Sophia Annello plays and writes pop/indie music as well as plays guitar, ukulele, and piano. Sophia has been writing music since the age of 13. All those years in the game have allowed Sophia to gain extensive touring experience and connect with fans at a young age. She has performed at countless venues around the US such as House of Blues, Eight11 place, The Rustic, The Lexus Legacy Box Garden, Bottled In Bond, Checkered Past Winery, the Cox Playhouse, the Frisco Railyard and many more.

Sophia’s incredible talent has landed her on NPR’s 20 under 20 list and high profile opportunities like a live TV performance on Fox 4. Her infectious track “Falling” took off like wildfire on TikTok and has accumulated over 60 million views on the platform. Now a student at Berklee School of Music, Sophia is working diligently to add a full length album to her burgeoning discography in 2021.

“When We Were Young” is now streaming on all major streaming platforms. Listen to it on Spotify below: