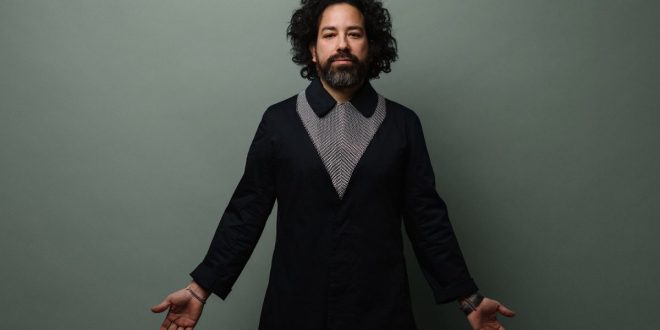 Those who actually had the nerve to suggest that progressive rock was dead in modern times simply didn’t anticipate an act like Hidden Beams coming to fruition, and in the new single and music video “Animals,” we’re reminded just how alive the genre truly is in 2021. Hidden Beams flirts with some of the old school trappings of classic psychedelic rock in the construction of the track as well as the mix itself, but all in all the focus is primarily on futuristic sonic manipulation – the best of which yields some really rich harmonies here. It’s tailored to the cerebral pop fan in us all, and definitely worthy of its buzz this January.

The layered audio in the master mix is definitely reminiscent of Pink Floyd in their prime, but this is essentially where the retro components begin and end in “Animals.” There’s so much color and texture to the instrumentation and, later on, its relationship with the stealthy lead vocal, and none of it is ever presented in the druggy manner it would have been were it produced under stoner rock concepts exclusively. Hidden Beams are being more psychological than the status quo calls for, and that’s evident right out of the gate here.

These lead vocals are unexplainably placed on the backburner more often than not, initially leading me to think that the goal was to bury them in the lustier tonal presence of the strings to create a dark extension of the lyrical narrative. However, as compelling as this might have been in practice, it’s not the case with “Animals;” in keeping the verses shrouded in a bit of fog and mystique here, we’re able to focus in on the turbulent nature of the melodies as they writhe under the pressurized command of Hidden Beams – which, on its own, produces more tension than anything else.

The music video for “Animals” is traditionally psychedelic in some capacities, but I don’t think it’s anything too over the top or visually overstimulating for what the millennial audience is already used to. I personally think the video’s design is a little simplistic in comparison to its source material, but then again, Hidden Beams doesn’t seem too eager to outdo previous output with anything too ridiculously theatrical in this piece. The minor details speak for themselves in this single, mostly as they’re the sort of elements normally ignored or left crudely without any emphases as we reach the end of the recording.

Rock is arguably bigger and bolder than it’s ever been before (from an artistic perspective at least) in 2021, and I find Hidden Beams’ “Animals” to be an undisputed demonstration proving as much. The American underground is out of control with amazing talent right now, but rather than trying to impress us with flash Hidden Beams take the substance of songcraft and make it a bone-chilling focal point of this performance for no other reason than to draw a big reaction out of critics and casual listeners the same. Does it work right now? Better than you could imagine, I say.