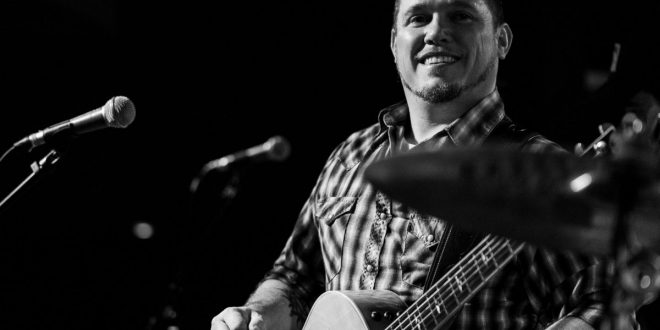 Jeremy Studdard is that rare country – roots artist that blends all the echoes of yesteryear, the real country of the past and makes it completely feel new. From the geared up “Where You At” to the moving “Your Heart or Mine” and to the ballad “At The End of The Day”, Studdard’s debut album On My Own conveys that he’s an artist with a hard hitting drive and that he wears his heart on his sleeve. From the grilling guitar riffs to the dancing fiddles blending with the pedal guitar, the movement in his songs are lush and gorgeous. Lyrically, well, when it comes to storytelling, this guy’s a natural. On My Own is absolutely a must listen. Country fan or not, Studdard is a star on the rise that should be on everyone’s radar.

As a listener, I was struck by Studdard’s natural ease. He can sing, yes, and he really stays within his range. I didn’t sense any bells and whistles being added in the studio or final production of these 12-tracks. The exception would be track one, “Where You At (intro)”. It’s a mix of sounds like you were in your car, trying to find a hit on your car radio. Going through the tuner, it lands on a sweet, honey-dipped country music bed before it cuts out. Enter expletive and it rolls right into the “Where You At” up tempo killer track. I liked the way he transitioned to this song and fans of country music will love the small town references and singing about a beat up Chevy truck with its breaks almost out. Studdard is on a mission to find this guy that’s been saying stuff about him and his girl and well, trouble is a brewing. You’re a no call, no show son, where you at, he sings. Studdard’s voice is just the right mix of twang and crooning. During certain songs on the album, I felt like he even sounded like Daughtry.

The rebellious guitar makes it appearance in several of the songs on the album, as does wonderful sounds of the fiddle (both drawn out and fast paced). In the standout, “Barely Breathing” Studdard sings you’re just a dangerous beautiful disaster…your fingertips are like lightning on my skin. I loved those lines and as he sings about this woman taking his breath away, I imagined this song being played on a stadium stage or in the early hours of a summer night. Something about the sonic landscape he creates in this track gave me the notion that he’s bigger than the studio; this is a track to be played for crowds, not just a few people at the back of the bar. There are several standouts on this record, and it’s hard to choose just a few for this review, but “Barely Breathing” as well as the sing along “Get Me On Your Mind” are easily my favorites. “Last Time” and “Just Call Me Lonesome” almost made the cut.

Studdard is from Tishomingo, Oklahoma. He worked with producer Casey Wood and recorded On My Own at Nashville’s Insanery.  Studdard has noted the three singles, “Your Heart Or Mine”, “Barely Breathing” and “Whiskey Rain” as the album’s first releases.

Tags "On My Own” Album Review jeremy studdard

Previous “Animals” by Hidden Beams
Next ONLY CHILD RELEASES NEW SONG AND VIDEO, “TEXT ME” FEBRUARY 5, 2021 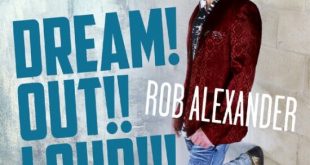