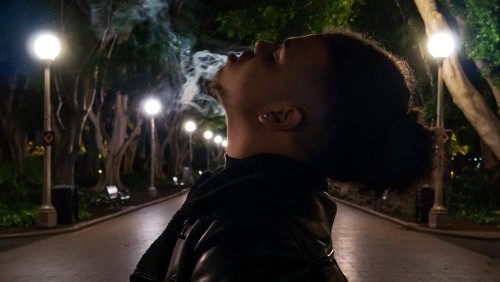 Growing up, Jaden Miguel developed a penchant for songwriting and memorization, both of which would factor into his ability to rap. With passion and dedication at the forefront of his pursuit of music, Miguel was eventually discovered by one of his biggest musical inspirations, hip hop icon The Game, with whom he’d work closely as well as feature on his debut EP, Disguised Memories. Released late January, the EP has provided Miguel credibility as well as solidified his goal of a full-fledged music career.

The EP begins on “Legacy,” with an intro by The Game that provides Miguel the space to demonstrate his talent. Miguel is armed with rapid, yet fluent delivery, a seasoned flow, and a bite in his tonality. As Miguel makes note of his disenchantment with others who abandon their true selves for a lifestyle they hesitate to live, he launches into a rhythmic attack that aims to determination and competence. In some way, this song doesn’t begin and end with how Miguel assumes his life will play out. Rather, it seems to represent the first in a series of successive emotional states. “Snow White,” the track to follow, centers on when such confidence mutates into arrogance, and is further punctuated by an impulsive, head-spinning, drug-induced haze. At this point, the songs beat is more melodic, and increases in clarity and nuance.

At the EP’s midpoint, “None of it Matters” marks another noticeable shift, both stylistically and thematically. Alongside a tender acoustic guitar melody bolstered by ghostly backing vocals and wispy percussion, Miguel sinks downward into crippling self-doubt. Based on his perspective, no matter what path, he is blocked by some kind of deterrence. By the penultimate track, “Ahead of the Curve,” Miguel accepts his flaws and recognizes that, if he were to become vulnerable to someone he trusted, that relationship would end abruptly. I appreciate how, in both the verses and chorus, the arrangements are especially well-crafted, giving it potential as a single. The closing track, “Hidden Gem” sums up the EP with Miguel’s invitation to find another emerging rapper that contends with him. Much like the opening track, it is a stamp of his confidence, representing the journey he began, as well as continue thriving within.

Overall, Disguised Memories is a decent snapshot of Jaden Miguel’s rapping and songwriting abilities. Alongside the added clout by the game, Miguel is clearly a competent artist on his own, with a seasoned skillset, fiery ambition, and a bourgeoning story to tell. Given the bar he has set with his EP, I’m looking forward to how Miguel’s output will evolve as 2021 continues.

I come from a family who is passionate about all things music. I learned to sing at an early age, and by 13, had my very own Fender Strat guitar. I tried my hardest at learning all that I could. Because I was born with cerebral palsy, I had to teach myself an adaptive playing style. I learned to write and record my own music, despite these difficulties. In college, I started making great use of my writing abilities by reviewing music, as well as copy editing. I guess it's best to stick with what you know, while welcoming a fair challenge at the same time.
Previous Single Review: Shadow Puppet Theatre “SETIA”
Next Single Reviews: War Panties “Creaky Crooked Woman/Delaware Cornfields”