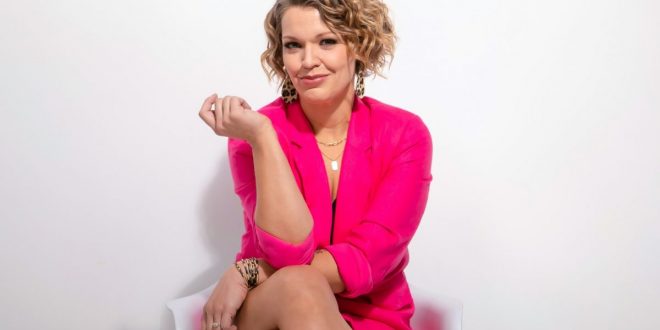 Following the rough n’ tumble introduction created by a blistering electric guitar, Joyann Parker wastes no time getting into the guts of her new single and music video “Carry On” with a vocal that might be the most powerful to have entered her discography so far. Her confident thrust amplifies the sentiments of the lyrics and forces us to connect with their deeper emotional sting, but it isn’t until she has the chance to really straddle the beat in the background that we begin to understand her real goal here. She has a lot of muscle to flex melodically, and she’ll utilize every opportunity she has to do just that in “Carry On.”

he instrumental pulse behind Parker is loud, proud and a little raucous for what a lot of vocal pop-inspired singer/songwriters would normally want to employ, but it’s honestly no match for the tremendous pounce of the lyricism as she delivers it to us. Her heart is on her sleeve here, and though I really like the way this turned out in the studio, my gut tells me this would be even more powerful if heard in an intimate club setting. She’s definitely rocking that persona well in the video, not to mention in her stylization of the track’s trademark harmonies.

Joyann Parker has been working just below the radar of the mainstream music scene for a little while now, but with her first release of the 20’s now under her belt, I get the idea from her ambitiousness in this cut that she’s interested in maximizing her potential more than she has previously. There’s too much moxie in her execution for anything else to be the case, and if she continues to record material as entrancing as this is, she won’t have a hard time acquiring a larger audience at all.