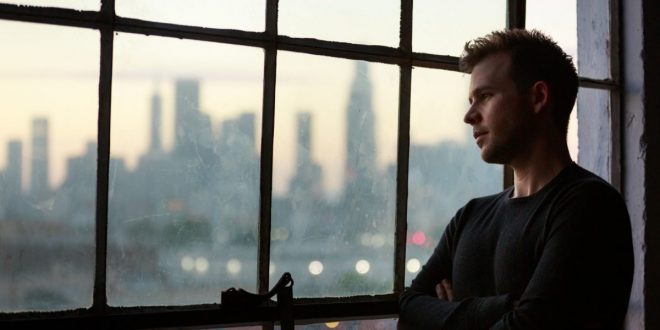 With the right lead vocal, even the simplest of songs can feel like a symphony for the ages, and I think this can definitely be said of the new single and music video “You’ll Be There” by Griffith Frank. Built around its piano/vocal harmony and beholden to none of the familiar fluff that some singer-songwriters have taken to inviting into their work, “You’ll Be There” is as fundamental a ballad as it gets, but with a twist – the man singing it just happens to have one of the most heart-melting voices I’ve come across in a very, very long time now.

Griffith Frank’s vocal is warm and contrasting with the cold visualizations we run into in the music video, but beside the piano it actually has to compete for our affections near the release in the chorus. It’s as if he’s purposefully pitting his own words against the flow of the keys and their melodic might as it comes into focus before our very ears, and by the time we reach the end of the song, the only clear winner in this battle is the poetry of the verses. Enriched by their backdrop and the person responsible for crooning them, they’re the buoyant life preserver we need to survive the stormy balladic waves in this track.

Gorgeously produced but as raw and real as we could ever ask for it to be, “You’ll Be There” is the definitive Griffith Frank single at this moment, but doubtfully the only hit he’s going to have under his belt in the year 2021. In the last three years that he’s been trending in the American underground, Frank has only gotten sharper at what he does in the booth, and it’s difficult to see his momentum slowing after witnessing firsthand just how expert a level he’s reached as a singer-songwriter in this performance.