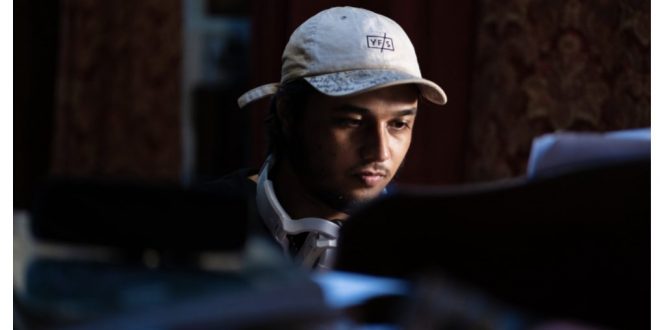 Filipino-American artist Nathanael Philip Mosher is about to release his newest single, “I Don’t Wanna Die Young”, a song about his emotions and life reflection following the death of basketball legend Kobe Bryant on January 26th, 2020. Mosher looked to Bryant as an inspiration when it came to work ethic and drive, so his untimely death really took a toll on the artist. He wrote this song about how he hopes God does not take him before he is able to do everything he wants in life and leave behind some kind of legacy. The emotions in “I Don’t Wanna Die Young” are raw and the song itself showcases Mosher’s passion for music and creating art beautifully.

“I Don’t Wanna Die Young” has lyrics and messages that everyone can relate to. It shows how Mosher questions if he is working as hard as he can, a question many people ask themselves on a daily basis. He talks about the desire to slow down, but not knowing if there is enough time to do so. That part of the song really stood out to me because I know exactly what that emotion feels like. The heartfelt song fades in the last minute to reveal a powerful, Jay-Z like outro, which alludes to this song being the last track on his unreleased EP, NATHANAEL, which is set to fully release in the spring of 2021.

As a singer, songwriter, poet, and comedian, Nathanael Mosher has shown that he has a massive amount of talent, and the release of “I Don’t Wanna Die Young” proves that point even further. He has shown that he has a lot of plans for himself and his work, and he does not plan to slow down anytime soon. He pours himself into his meaningful music in a way that touches listeners and makes them feel what he is feeling. I can’t wait to see what the rest of the music from Mosher and his upcoming EP will sound like. “I Don’t Wanna Die Young” has dropped on January 26th, 2021, the 1 year anniversary of Kobe Bryant’s death

Stephen Vicino is the founder of MusicExistence.com. He created this site to give talented musicians a voice and a way to be discovered.
@@svicino
Previous New Music From The Band Swim To Kick Off 2021 With “Moonlight”
Next WHOLE DAMN MESS RELEASE NEW SONG AND ACCOMPANYING VIDEO FOR “NOTHING IN THE WORLD FEELS BETTER” MORE NEW MUSIC TO COME IN 2021