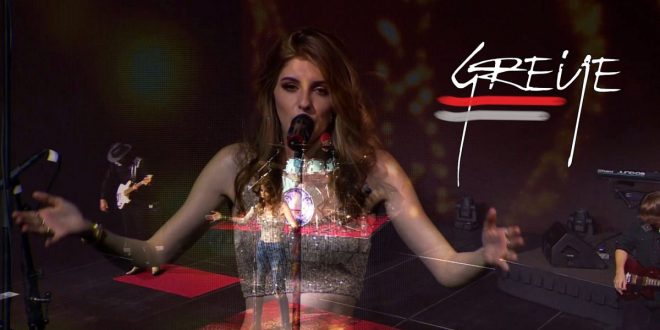 If there’s any question that keeps me up late at night, it’s whatever happened to Rock-n-Roll? I know if THAT’s the question keeping me awake, I need to reevaluate my life, but we’ve all got nothing but time to look inward. My thoughts must have transformed into a prayer for a return, and that prayer has been answered by Greye, with their newest single “I Don’t Mind.” One of the best things about this song isn’t what it does, but what it doesn’t do. Whereas so many acts, both Rock and Pop have taken this time under quarantine to write ballads about the “before times” we’ve all taken for granted, it’s been coated in this amber of sadness that I think we don’t need more reminding of, at least not in this sad sack overwrought presentation.

From the second that thumping drum kicks you square in the chest and the screeching guitar pierces your ears, it honestly feels like you’ve been teleported to a different time. I felt like I was back in the time of live venues (remember those?) from only over a year ago, but this single even dragged me back to the high flying rock times of the late 70s, early 80s. I would argue Greye would feel perfect sandwiched between Alice Cooper and Ted Nugent from the sheer amount of power they irradiate. The sonics on display are visceral and textural, especially the drum work by Ray Grimard.

Front-woman Hannah Summer’s vocals cut you to the bone, transforming her obvious anger and discomfort because of the lockdown into an incendiary musical triumph. She weaves a tight, sprawling narrative putting us in her point of view as we see the joy she once felt (“My happiness it swirls around”) as it’s poisoned right in front of her very eyes, and often her aching screams feel like the same poison overflowing from her mouth as she wickedly chronicles her descent into vice and a numbing misery she’d give anything to escape. This is a track that subscribes to the “Play at maximum volume” mentality, and just give yourself up to the raging euphoria.

Sometimes it feels like the mixing on it can be a little askew. I did find myself having a hard time understanding Summer but really only in spots of the chorus, and even then she’s being backed and by some incredible strumming by guitarist Jett Wolfe (seriously, how cool are these guys’ names?) There’s a lot of poignancy that elevates this from even your above average rock track, and it boils down to the raw honesty Greye is showing, especially via Summer’s lyrics. I found myself stopped dead in my tracks at the line “Music playin’ I’m just satin’ it’s the little things you miss” and especially in my given career, I can’t think of more stingingly accurate words. If “I Don’t Mind” is what Greye whips up while in quarantine, just imagine what they’ll grace us with when we’re finally free. It’s assuring to know they’ll have plenty of material to shock us to our core with.