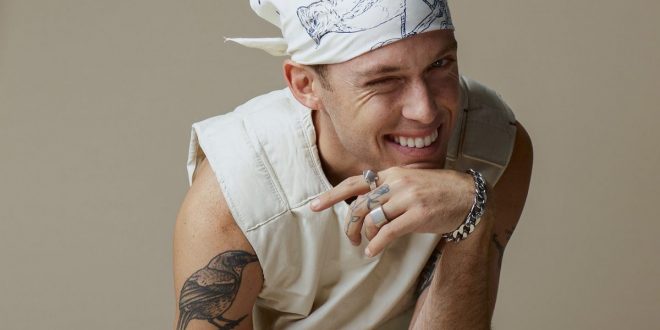 Harry Hudson has kept a consistent presence following the release of his sophomore album, Hey, I’m Here for You. Two months into its release, the album has earned continually warm reception for its trendsetting stylistic arrangements and soul-tingling lyrical approach. Yesterday, Hudson returned with the music video for its most popular single, “Closing Doors,” featuring Norwegian popstar Astrid Smeplass, best known as Astrid S. The video debuted simultaneously on MTV Live and mtvU, and has already been similarly warmly received internationally.

Additional thematic substance is provided to the song through its accompanying visuals, which evoke a sense of bittersweet nostalgia. Both singers’ perspective shots – Hudson lying on the floor and Smeplass against the window – conveys a mutual tendency to dwell on the past, and, at the same time, a longing to move forward. Ultimately, the slow nature of the video’s pacing effectively demonstrates the efficacy of waiting. Instead of an oblivious clinging to hope, it is a gesture of patience, and an assurance of continued strength.

I come from a family who is passionate about all things music. I learned to sing at an early age, and by 13, had my very own Fender Strat guitar. I tried my hardest at learning all that I could. Because I was born with cerebral palsy, I had to teach myself an adaptive playing style. I learned to write and record my own music, despite these difficulties. In college, I started making great use of my writing abilities by reviewing music, as well as copy editing. I guess it's best to stick with what you know, while welcoming a fair challenge at the same time.
Previous Trey Wonder Announces February 1st Release For “Battle Midnight”
Next Exclusive Interview With Joey Stuckey