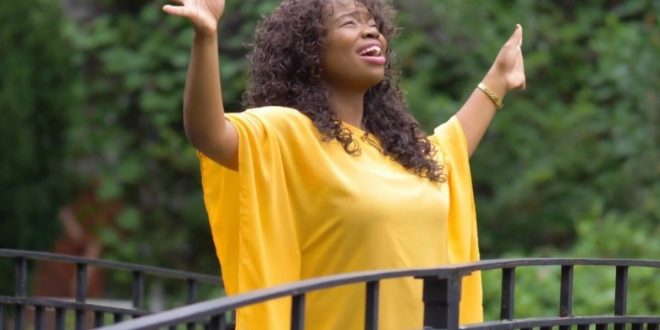 There isn’t much in this world that is as empowering as music can be, and in her debut single “Little is Much,” singer Terri Bannister does everything she can to put a little bit of missing love back into the world this December. As it’s been said a thousand and one times before, 2020 has been one heck of a tough year, but Bannister isn’t out to produce an elegy in her greenhorn performance. Both as a single and a music video, “Little is Much” is a tool for encouragement and optimism over fear and isolation, making it quite the captivating and important release to find this season.

The inspirational verses that Bannister sings to us alone make this a really credible gospel listen, but beyond the words I think there’s an undeniably secular appeal to the way these harmonies reach out through the speakers and grab us by the heartstrings. There’s nothing getting in the way of this song’s warmth when it’s off and running behind a spectacular string of words, but when every player is chiming together in perfect synchronicity it’s undeniably just as difficult to step away from the substance of “Little is Much,” regardless of personal faith.

This lead vocal is so weighty that it’s more than capable of powering the beat all by itself, but it never has to – to be frank, the percussive component on the backside of the mix is actually so slinky that it feels virtuosic in a few spots. Bannister proves she can utilize instrumental textures as well as she can the capacity of her own voice in this single, and for it being the first time she’s been inside of the studio professionally, this is nothing short of a very big deal indeed.

I’m very happy that I came across the music of Terri Bannister this year, and although there’s still a lot we don’t know about her artistry and how it’s going to evolve over the course of time, I don’t think there’s anything here to indicate anything but a positive future for her in the short-term. “Little is Much” boasts some gorgeous moments that have convinced me she’s a singer and songwriter that I will need to keep on my radar in the next year, and as long as she keeps recording quality material like this I haven’t any doubts as to her likely success as a up and coming star in the gospel genre.

Previous Single Review: Jane n’ The Jungle “Lucky 7”
Next Hip Hop Artist ITREALL A.K.A LOONIETOON Is Making A Name For Himself