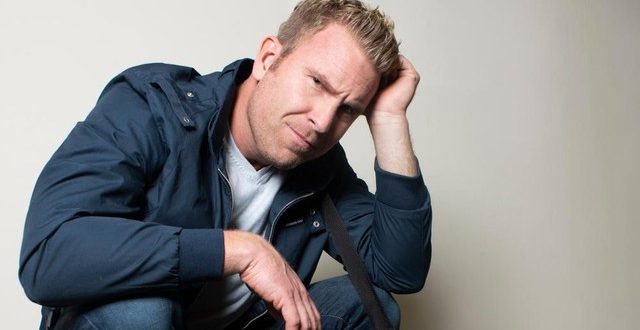 Trey Warner is a Utah-based musician and actor. Warner first gained local ground as frontman and lead guitarist of pop punk band Rated Hero, playing shows with bands like Blink 182, Jimmy Eat World, and Incubus. However, after some time, Warner departed from the band, choosing instead to pursue a financially stable career. Having become a self-made millionaire since age 28, Warner freely sets his mind toward whatever he desires, and continuing music is no exception. As of 2020, he has released several successful EPs, among them Fast and Furious, Real Life, and his latest, Meant for You, intended for his recent film, The Christmas Project Reunion.

Opening on the title track, this is a testament to his artistic growth, featuring a simple chord-based arrangement with expanded, colorful synth-based nuances throughout. Alongside the instrumentation, Warner’s vocal tonality is an equal focal point, emitting close, blended harmonies that sit well amidst the driving percussion. From a broader perspective, the song bolsters a pronounced 80s aesthetic that transitions into the next track, “We Found Love, Young Love,” both sonically and thematically. While there may be some stylistic allusions to Joshua Tree-era U2, Warner’s perspective of yearning for straightforward, genuine love stretches beyond the confines of its decade, somehow ringing especially poignant in the context of the ongoing pandemic. The third and fourth tracks, “Start the Fire” and “Unfortunate Fame,” feature a more contemporary contrast, but continue with the angle of emotional distance that comes with the tension of an uncertain relationship.

For the remainder of the EP, the 80s influence makes a return in a way that feels interestingly (not to mention sensibly) implemented. To an extent, the tracks where that aesthetic is dominant represent a perspective of viewing the world through rose-tinted glasses, whereas the more tense, contemporary tracks seem to be based in reality. In “Tonight and Forever,” there’s a surprisingly somber undertone to its approach, as if Warner is still hopeful despite repeated bouts of emotional damage from the one he holds dear. By the last track, “Teenage Christmas,” however, Warner implements a combination of retro and modern components to the arrangement, signifying an idyllic, yet grounded view of love, and at the same time, recognizing its endurance even through the worst of times.

Overall, Meant for You marks a solid expansion in Warner’s current musical endeavor. While a far cry from the pop punk days of his adolescence, the EP features a more mature, balanced pop appeal while maintaining his rock roots, and serves as decent accompaniment for his film premise. I look forward to how Warner will further express himself as 2021 carries on, with greater emphasis on thematic relatability and a varied display of influences.

I come from a family who is passionate about all things music. I learned to sing at an early age, and by 13, had my very own Fender Strat guitar. I tried my hardest at learning all that I could. Because I was born with cerebral palsy, I had to teach myself an adaptive playing style. I learned to write and record my own music, despite these difficulties. In college, I started making great use of my writing abilities by reviewing music, as well as copy editing. I guess it's best to stick with what you know, while welcoming a fair challenge at the same time.
Previous Power Couple Releasing New Music “We Are One”
Next Multi-Genre Artist SINTHETIK MESSIAH Drops THE OTHER LA Collaboration Track & ATR Cover