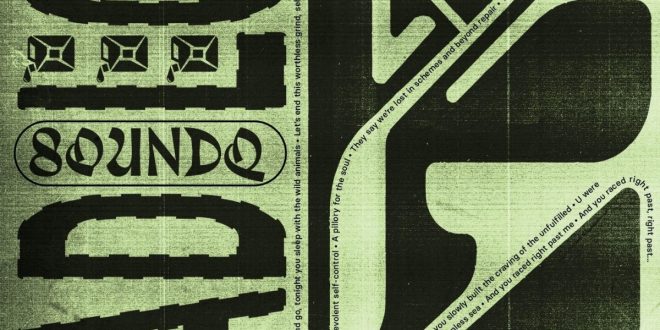 How much can you cram into a five and a half minute electronic track? According to SoundQ, just enough to make a song like “Bad Lot” feel as infectiously percussive as it is melodically stimulating and strangely poetic when we’re least anticipating for it to be. “Bad Lot” is as close as you’re going to get if you’re looking for eclecticism bottled into a singular recording, and while it definitely isn’t built like a piece of mainstream material (at least in the context of this decade), it’s definitely got a revolutionary edge that makes me want to explore the life and style of the composer even more in the future.

The beat in this song is a little intimidating, but definitely not because of its size. The vocal is louder than the percussion or the synth, and ironically it doesn’t usually have much control over the narrative in this mix at all. There’s equality among the different elements here, but I don’t think you could describe “Bad Lot” as being created in the context of a pop songcraft without getting hard-checked by a lot of millennial audiophiles with a much different opinion of what genres and their stylistic facets consist of in 2020.

As it’s presented to us by the lead vocal, the melody here is really limited and actually a bit conservative even when it has its biggest moments in the spotlight, but it’s always helping to guide us into the arms of a heady emotionality waiting on the other side of the hook. You can utilize indulgence and understated artistries inside of the same single or music video if you know what it is you’re really trying to create at the end of the day, and I think “Bad Lot” is a song that pretty much proves this beyond a reasonable doubt.

SoundQ caters to a specific audience, but in “Bad Lot” he’s sounding like the danceable groove-machine that we’ve all been wishing for more and more as 2020 has gone by. This wasn’t a good year for the club crowd nor the music industry overall, but in renewing his dedication to the material and what his artistry has come to mean on a personal level in the last couple of years this songwriter and enigmatic performer assures fans both old and new alike that his talent – and what it produces – aren’t going anywhere anytime soon.