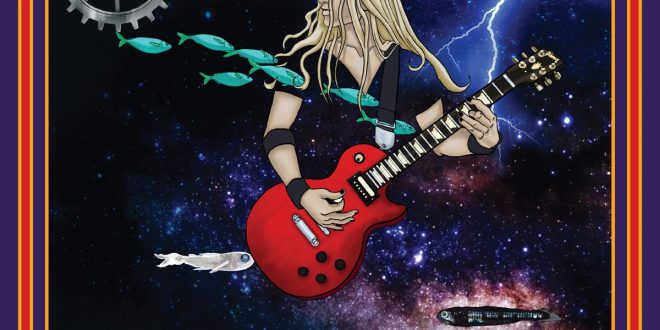 The Ottawa, Ontario Canada musician has released the music video for “Making A Homunculus.”

“Album Of the Year Nomination” – IndieShark

Rock/Metal Guitarist Extraordinaire, Darren Michael Boyd continues to build on the momentum he began with his debut solo album, “Lifting the Curse.” Recorded and released after a life-altering accident, the album introduced the music world to Darren’s incredible talent as both a songwriter and instrumentalist. That album spawned the single, “The Earth Is BFlat,” which is approaching 70K Spotify plays, to date.

In just one month of release, Boyd’s sophomore effort, “Wonders Of the Invisible World” has already racked up immense critical praise for the growth and polish shown on the album. The title track has gained over 30K plays in that time, while the video has been streamed more than 7K times on youtube. Now, Boyd returns with a brand new video for “Making a Homunculus.”

Filmed at Vibration Studios, just outside of Ottawa, the sparse video with the blood-red background features Boyd in all-out shred mode.

ABOUT DARREN MICHAEL BOYD: Darren Michael Boyd has toured and recorded with a variety of artists, such as Black Ju-Ju, Creeping Beauty, and Famous Underground (featuring Juno award-winning vocalist NicholasWalsh). He was invited multiple occasions to privately audition for platinum-selling artist Fefe Dobson, and asked to write songs for Alice Cooper’s daughter Calico Cooper, and long time bassist Chuck Garric’s band Beasto Blanco. Darren received a scholarship to Guitar Workshop Plus in Toronto, with some of the best players in the business as instructors (Paul Gilbert/Billy Sheehan/Sue Foley). He has shared the stage with such acts as One-Eyed Doll, Wednesday 13, Yngwie Malmsteen, Stryper, Harem Scarem, Beasto Blanco, and Lee Aaron. In the spring of 2019 he joined the Mississippi Mudds Theatre Group to play guitar for a sold out run of Queen’s We Will Rock You. The Mississippi Mudds won the Ottawa Faces Magazine award for Favourite Theatre Group for that year. In the winter of 2019 he was given an honourable mention by ASCAP for his first instrumental release, “This Song Won’t Get Played On the Radio.” Darren was nominated for BEST ROCK ARTIST by the Josie Music Awards, the largest independent music awards show in the world, held at Dollywood in Tennessee.