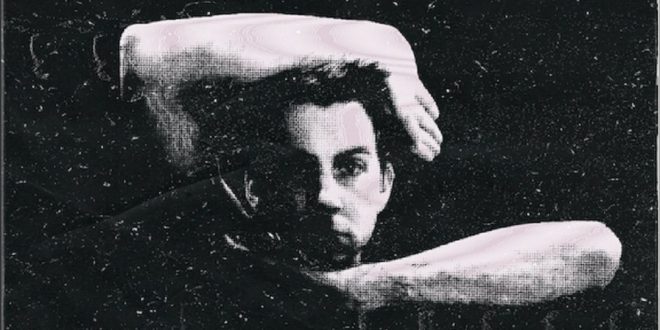 Brooding isn’t a word that I would normally whip out to describe a synth part in any album, but in the case of Paul Jacks’ “Into the Silence” and the other nine songs found on Black Jackal, no other will do. In Black Jackal, Paul Jacks is seeking to change how people like me listen to and think about synthesized melodicism, and although it results in one of the more certifiably alternative pop records of the year, it’s also an LP that I would go out of my way to recommend this December. This is an album that was conceived with the goal of getting us lost in its hypnotic sonic stare, and for all intents and purposes, it meets said goal with added panache.

Though some of the concepts behind songs like “Always Something to It,” “The Quarantine” and “Lunacy’s Back” are undisputed throwbacks to the 1980s heyday of synth pop, the melodies in each of these tracks are more a nod to the modernity of indie rock in 2020 than they are anything from the past. Paul Jacks buries his lead vocal in a couple of spots we hear in “The Hunger” and “Walk Alone” more than I would necessarily want him to, but if he wanted to amplify the psychedelic tendencies of these compositions, this kind of a move was absolutely crucial to make. He can’t be self-serving, and thus, he’s putting his voice beneath the grandeur of the instrumentation on every occasion that presents itself to him.

Black Jackal enjoys a very slick flow to its tracklist that makes it an easy album to listen to without any sort of interruption (if you have the space and the means, of course), but it’s worth pointing out that at no point does monotony find its way into the fold here. Consistency is set up as early as “The Hunger” and never breaks away from us, mostly on the strength of the vocal harmonies that whisper sweet nothings to us across the entirety of the LP. There was no need to get anything plastic beyond the synths – and even that is a stretch – when trying to tie all of this together, and Paul Jacks was wise to go minimalistic with this element of his new album.

I really liked what I had heard from this singer and songwriter prior to getting my hands on a copy of his latest work recently, and when taking his entire discography into account, I can’t argue that this is a very worthy addition indeed. Paul Jacks puts his heart on the line amongst a psych-tinged selection of rhythm and rhymes that will have you in a daze before even reaching the midway point of the record. Black Jackal is a very stimulating listen even after it’s been put on the stereo a couple of times through, and I don’t believe you’re likely to find another album of its kind in 2020. In short, if you weren’t watching this artist before his new LP, you will be very soon.