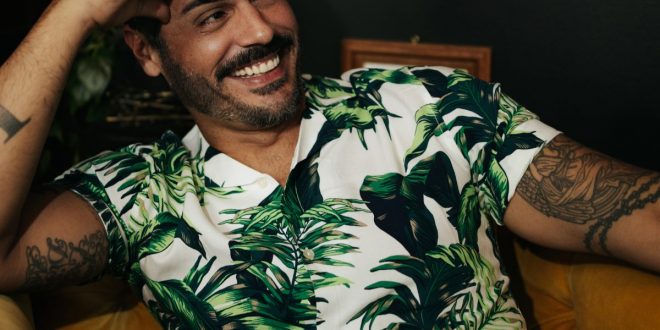 We know Nashville is where it’s at when Hollywood goes Country!

Wether you know him as the bad boy Nikolas Cassadine causing turmoil with the ladies in the soap opera “General Hospital”, as the bad ass Mafioso Tony Santos in the show “Guiding Light” or as the smart and manipulate reporter Ricardo Ramos in the tv police procedural “The Closer”, Stephen Martines actor career has always placed him in the roles that were the most thrilling, the ones that put you at the edge of your couch seat. He’s got that irresistible flicker in his eyes saying: “I’m trouble”.

Now, imagine that guy can sing. Like, really sing. It’s safe to say that Nashville is in some serious trouble, because Stephen Martines is here and he’s here to stay. Since 2017, the St. Louis native has been focusing on an entirely new career as a Country singer and writer and just released another brand new smash hit contemporary Country single “Chasing Summer”. And may we say, it’s hard enough to NOT be entranced by how much the 45 year old father of a sweet little girl hasn’t lost a bit of his charm, but when you hear that full and raspy baritone belting away like he’s never done anything else before, you’re done for. So don’t even try to fight it is what we suggest. You’re welcome.
https://www.instagram.com/stephenmartines/

Stephen Vicino is the founder of MusicExistence.com. He created this site to give talented musicians a voice and a way to be discovered.
@@svicino
Previous Award Winning Guitarist / Singer / Songwriter Kathryn Grimm’s New Video Release “Best Of Me” Is Dedicated to Victims of Domestic Violence
Next Waiting For Eternity Revive Grunge On ‘The Long Walk’