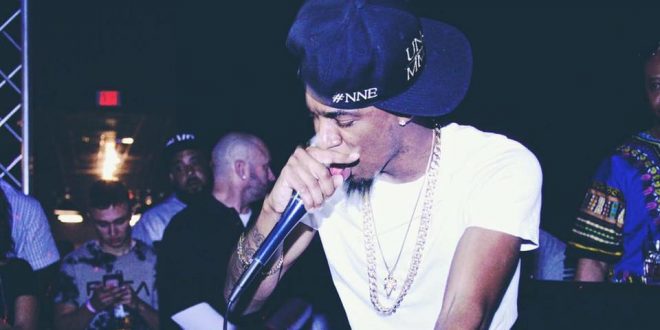 Five minutes is a rather long running time in most of the contemporary hip-hop that I listen to, but in the case of Neff Nuffsed’s “Stranger Things,” this all-new single doesn’t feel like a bloated document at all. Joined by Mr L-BO and Mic B, Neff Nuffsed launches into an all-out assault on the microphone in this track that could be described as one of the harder-hitting attacks to come from a player in his scene amidst the emerging COVID-era in recording. He’s fearless here, and to me, his is a performance that rap fans everywhere need to seriously take note of.

Mr L-BO and Mic B do a lot to back up the main verses here with a colorful, multilayered string of lines that feed into the moodiness of the narrative perfectly, but never is there a moment in which we’re made to wonder who the star of this show is. Neff Nuffsed’s flow is just off the hook here, and while he doesn’t have a problem sharing the spotlight at any moment in this single or its music video, his is a presence that constantly feels like the most intimidating heavyweight in the room. You can’t fake the ‘it’ factor – you’ve either got it, or you quite literally don’t, and this rapper is among the lucky ones.

“Stranger Things” is a cinematic jam that boasts a music video straight out of an online waiting room for Grand Theft Auto V, and if you haven’t taken some time out to sit down with its contents this winter season, you really don’t know what you’re missing. Neff Nuffsed comes strapped and ready to take on the world here, and though I’m just getting to know his work now partly because of the skill he shows here, that’s exactly what a breakout single is supposed to accomplish.