Home / Review / Review of “The Sweetest Love” by Blake Wharton 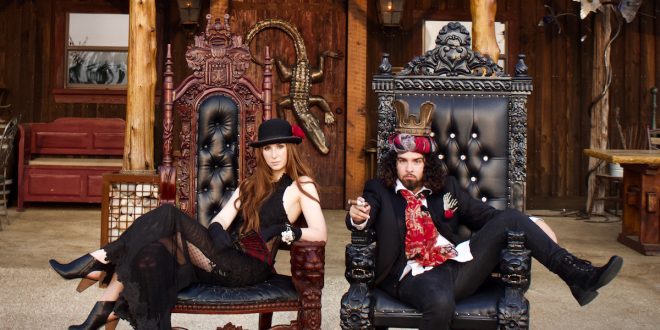 “The Sweetest Love” doesn’t lose time in long intros and starts with a full range of levels. Voice appears soon and quickly delivers the main theme which could be summarized as “the traditional recipe of love”.

It’s easy to choose a genre this song belongs to: it’s a folk/country track that respects the main characteristics of these styles respecting all their rules without breaking any of them.

The song has the right length and a standard structure that allows the audience to comfortably listen to it and easily remember it.

The acoustic guitar follows a good pattern, alternating arpeggios to strummed chords to better define stanzas and choruses. We cannot say for sure but we think we hear a mandolin playing: that’s a nice addition to the mix and gives a more folk vibe to The Sweetest Love, acting like a counterpart for the acoustic guitar.

The drum set seems a bit digital here and there, for example at minute 2:13, when all the cymbals have the same intensity. In general: every drum kick and every part of the drum has a very defined level that never changes. Maybe you’ve done a good work of compression, but the result seems a bit unnatural nonetheless.

Lyrics are easy to discriminate through the mix.

Backing voices add a fine touch and blend well with everything else. All the voice parts are both well singed and well recorded.

Speaking of the meaning of the song we liked the general idea of a recipe that talks about the main ingredients that a love relationship should have. Structuring it as a recipe allows the meaning to remain general given the fact that the theme can involve additional ingredients depending on each individual. Moreover, the song keeps a light-hearted atmosphere that tunes with its meaning.

The Sweetest Love is a simple song that follows a pop structure and theme: listening to it is both a pleasure and an easy task. Personally I don’t like “too direct” love songs, but you interpreted it the right way and fortunately it doesn’t sound “too sweet”. Lyrics are a two sided coin (like all the coins after all): they’re easy to remember, but a bit overused in many decades of love songs. I liked the audio part: it gives a reading key for the whole song.

The Sweetest Love follows traditional conventions in almost every field, but it’s a nice love song. I don’t see the fact that it’s conventional as a problem considering that’s the only song with this style in your repertoire: it will stand out easily between the others in live contexts. For the future: keep adding interesting instruments here and there to add variety (and have fun). Good work!

“I think “The Sweetest Love” is an easy-to-listen song, it remains standard in its genres with little additional features, such as the mandolin, that allows it to add a bit of “spice” to the classical model of country/folk songs.

A little note about the tremolo part played in the background of the second verse: as I said before, it’s a nice touch but I would have softened a bit the sound in the mix considering that the acoustic guitars already have strong tones.

The general idea behind the lyrics works and the structure of the song allows it to well convey the message alternating the “instructions of the recipe” in the verses and the “mixing of the ingredients” in the refrain.

It’s an enjoyable song and after the first listen, I was already singing the chorus in my head.

Stephen Vicino is the founder of MusicExistence.com. He created this site to give talented musicians a voice and a way to be discovered.
@@svicino
Previous Emotional New Single Coming From Atlanta Rapper SnapDibz
Next Award Winning Guitarist / Singer / Songwriter Kathryn Grimm’s New Video Release “Best Of Me” Is Dedicated to Victims of Domestic Violence