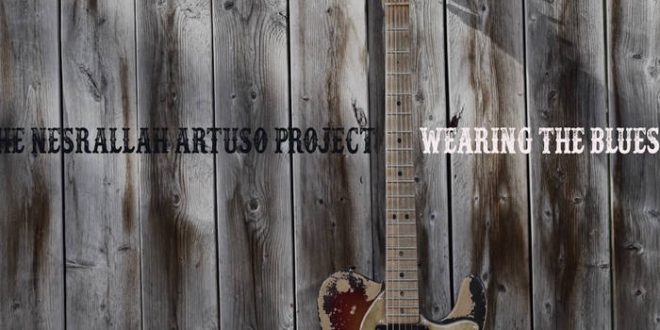 Newcomers Danny Artuso and Victor Nesrallah are already making waves. Their musical collaboration has a ring of something distinctively modern and progressive in an otherwise old-school, red state sort of medium. There’s a noteworthy exoticism that underscores each song on the album, be it certain lyrical, musical, or other creative decision-making. While the trend of updating country with more modern ingredients is nothing new, Artuso and Nesrallah’s album – the evocatively titled Wearing the Blues – taps into something genuinely original. There’s a sense the album is almost more belonging in the alternative camp, deceptively dressed as a country album but in actuality anything but. This is somewhat repudiated by traditionalist tracks such as the duo’s song ‘Devil’s Cadillac’. The latter can easily be classified as an old Southern ballad, complete with a distinctly bluegrass feel. But listen closely to the song and there’s something almost world-genre with how the guitar riffs sound, accompanied by the guttural, quietly sardonic voice of Artuso in the lead.

Country has consistently proven a neutral gold standard of the South, regardless of political or racial concerns. But more than ever it’s also proving itself adaptable for change while still retaining core composition tradition that has made it an iconic American staple. Artuso and Nesrallah are merely one of a handful of extensions of that evolution, while giving it their own distinctive flavor. As a result, the myth of country having a selective audience is starting to fall – artists such as Nesrallah and Artuso helping to show what country can be in a post-modern, if especially delicate setting. Music has always been a unifying force and guiding light, something people of all cultures, backgrounds, and walks of life can partake in. By clothing old bones with distinctly tailored new flesh, Artuso and Nesrallah perform something of a public service with their work as well as saluting the timeless and flawless ways of the old.

Part of this process entails the duo consistently modulating their influences and inspiration for each track. Often track arrangements will feature something refreshingly traditional, before the succeeding song will sport a new and unusual inclusion. A pertinent example is in the relationship between tracks ‘I Can’t Help Myself’ with the more direct ‘Fake News’ – the former following a slower, more blues-centric model while ‘Fake News’ goes a distinctly folkier route, closer to standard Antebellum sound. Alternative inspirational roots are more present on tracks like ‘Isolation Blues’, incorporating elements common to New Orleans soul music than bluegrass. Add to that the presence of a distinct, Yankee piano in the background and it’s Southern cultural values with an apt pinch of Sinatra. Collectively Artuso and Nesrallah’s true craft lies in their ability to evoke such standards through worldly means – in effect showing that music and art in general know no creative limits or bounds. The elements juxtaposed against Artuso adopting more traditionalist vocals with distinct, Southern twang solidify the effective blending of all integrated genres’ strengths.