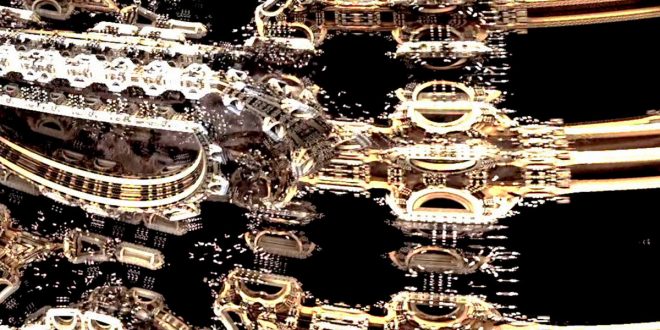 Drifting through the stratosphere and coming across shapes and symbolism of great but ultimately unknown origin is something I would expect in a journey through the deepest parts of outer space, and in the new music videos for Sonarpilot’s “The Last Machine” and “Cathedral,” we’re taken on this adventure both visually and aurally for what is definitely an unforgettable experience. There’s nothing typical or standard about what unfolds in the nearly twenty minutes these two works total up to when heard in their entirety side by side – only emotion as it’s presented through the rawest and most natural of formats I can imagine possible in this realm.

There’s a haze over the construction of the vast machinery and binding pieces of metallic debris coming together in the video for “Cathedral,” but as we listen to the music in the foreground, the jagged shaping of the objects becomes just a little softer than it really should be. The same can be said for the tubes, orbs and cold-colored imagery we find in “The Last Machine,” only in this instance the soundtrack and the film are two independent entities telling us about who Sonarpilot is in this scenario. A god? An alien? Something in-between? Maybe all of the above, but at the very least, he’s conducting a space-aged symphony I want to hear more of again.

Though made for the sophisticated music fan, Sonarpilot’s pair of new videos and their source material can definitely be a source of tranquility I really recommend listeners give a shot this December, and taking into account how much stress most of us have had lately, it’s a good time for this kind of a sound to be trending. This material demands nothing other than your attention in exchange for a venture outside of reality – if only for the length of a sitcom – and for my needs, it’s a homerun and a half.