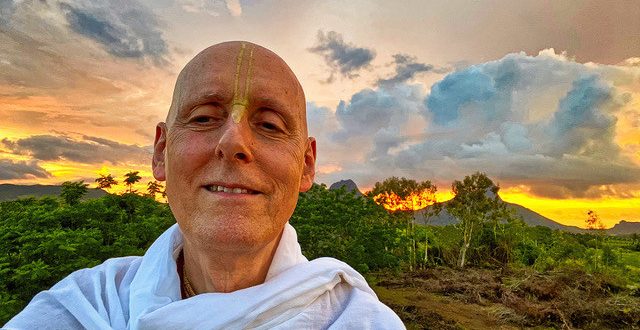 There is new dawn coming soon to Planet Earth.

Sankarshan Das has a lot to say in his new single “The World Peace Formula,” and when it comes to getting it off of his chest, he’ll use whatever melodic weaponry is handy to make sure we get the point. Armed with a guitar and a voice that is both familiar and warm amidst these quarantine times, Das doesn’t attempt to adorn his music with a lot of flamboyancy here, but instead gets down to the nitty gritty of folk-pop’s melodic framework with the purpose of making his lyrics the primary focus from start to finish here.

Though I have nothing against big budget videos when they strike the right tone beside that of the music’s deeper narrative, the simplistic look Das went for in “The World Peace Formula” seems more genuine and heartwarming when I compare its style to that of a mainstream pop singer on either side of the Atlantic this winter. Social justice has been a very popular subject in the past two years, particularly among singer/songwriters, but I don’t know that there have been enough players to encapsulate the theme with as few visual or sonic aids as this artist does in his latest single.

I didn’t know what I was going to find when pressing the play button on “The World Peace Formula” this week, but I can tell you I was very relieved to hear a composition made from passion and not from a desire to profit, as is indicated in perfect clarity within the first thirty seconds of the music video. Sankarshan Das is a very interesting character who I hadn’t had the chance to explore prior to hearing this track and seeing its video, but with his talents now confirmed to me, I’ll be looking out for more of his material in the year ahead.