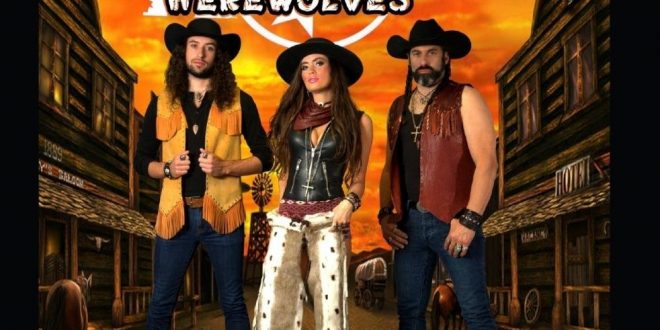 Angst-ridden and powered by a vocal that could seduce even the most country music-averse among us, The Tennessee Werewolves’ “American Dream” is a brooding country ballad that is as much an outlaw as it is an example of the band’s capabilities in stereo. Whether we’re taking in the music video or listening to the song by itself, it isn’t hard for me to tell why this was chosen as the title track of The Tennessee Werewolves’ debut album – in most every way, it feels like a single that captures the soul of their aesthetics without revealing too much about their depth as a unit.

Though the subject matter here is a little dark, with substance abuse serving as a pretty important centerpiece in the lyrics, there’s an optimism afforded to the main melody in the track through our lead singer that is impossible even for the biggest curmudgeons to miss. In breaking down tragic circumstances through potent poetry, The Tennessee Werewolves aren’t basking in the decadence of their own self-pity but instead finding a means for listeners to tether their own pain to that of the band. They’re reaching out to their audience in the most intimate way they can from inside the studio, and that’s more than a lot of other country acts have been doing during these tough times.

The Tennessee Werewolves picked one of the hardest eras to try and break into Nashville, but I don’t get the impression from “American Dream” that they’re too concerned with album sales and nominations at the CMAs; they’re overwhelmingly absorbed in the preservation of a classical craft here, and that’s a lot more commendable than being purely driven by greed and a desire to find fame. Theirs is a journey just beginning to take shape, but in this song, it’s hard for me to find anything wrong with the present path they’re on.