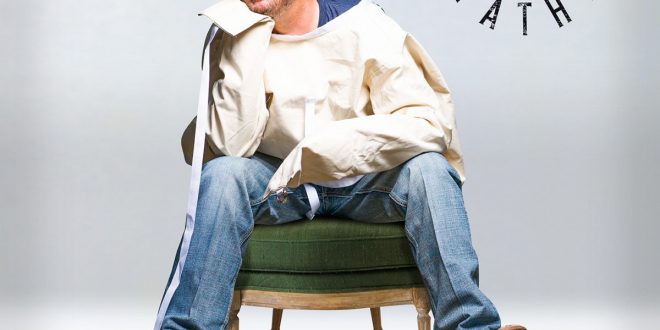 The latest album “Y’all Shut Up” of multi-talented Chad Prather will hold your attention for a full 30 minutes straight! It’s a live album including both eight brilliantly funny and provocative Country songs, and also his stories and introductions of the songs in-between which can stand on their own as pure Comedy. From beloved southern humor classics like cousins getting along a little too well in “Bumpin’ Couzins” to hilarious storytelling about troubles in the romantic section as a middle aged man in “Flip You Like A Pancake” to more current topics as in “27 Thousand Genders”, the musician and armchair philosopher covers a truly versatile range of topics.

Sometimes he’s simply entertaining as he’s talking about a little trouble in a motel bathroom when the flush won’t work and his date is waiting in the next room as in “Motel 6” or when he waits until marriage for the first night together with his new wife only to discover a surprising detail about her body in the song “Third Nipple”, and other times he challenges his listeners on whether we’re doing our children a favor by practicing what he calls “safety-ism” as in his little sketch before he chimes into “27 Thousand Genders”.

“Y’all Shut Up” rose straight to the top of Comedy charts on the very first day of its release in August and continues to soar on streaming services and youtube, especially since Prather never seizes to deliver genuine and relevant opinions on what’s going on in the world on his Blaze TV’s The Chad Prather Comedy Show, recently even calling out his fellow Republicans to stop whining about the election results. He says exactly what he thinks without worrying who will agree and how refreshing is that!

Listen to “Y’all Shut Up!” on all platforms now! And find out more on Chad Prather at www.watchchad.com.

Stephen Vicino is the founder of MusicExistence.com. He created this site to give talented musicians a voice and a way to be discovered.
@@svicino
Previous Judy Paster Celebrates Forever Love with ‘My Better Half’ “My Better Half” Acoustic Version Available November 13
Next Single Review: Davy Williamson “Thin Disguise”