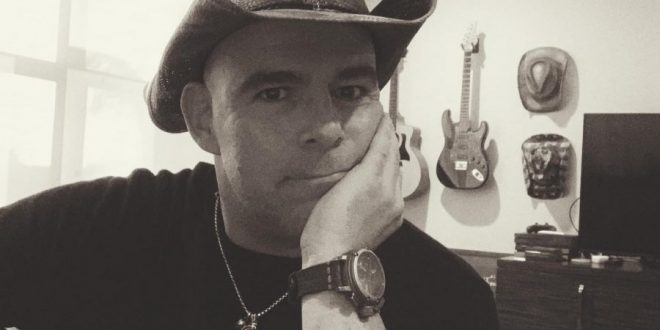 Starting off with a subtle beat that will eventually become the catalyst for the song’s best moments, Stokoff’s “Fuego & Hielo” doesn’t necessarily whip out the fireworks right from the jump, but instead spreads out the catharsis as far as it will run. In this latest single and music video from the acclaimed singer and songwriter, Stokoff has only one thing on his mind – making melodicism as strong and as brooding as possible without breaking the form he’s created through a litany of evocative releases. For a studio track, this is one of the more intimate tunes I’ve heard this month and definitely a recommended listen this December for sure.

The music video is relatively simplistic comparative to what some of the other country releases I’ve seen lately have looked like, but this gives us all the more reason to zero-in on the intricacies that make the song so addictive. The electrified solo around the two and a half minute mark is definitely a highpoint, but in the big picture I wouldn’t rank it as the ultimate fever pitch here. There’s far too potent a force behind the vocal harmony for this to be true, not to mention the grandiosity of the beat and hook overall.

Stokoff is a new face to me, but in the time I’ve spent with his latest release in “Fuego & Hielo” I’ve really come to appreciate what he brings to the table as a solo artist. This hasn’t been a good year for the loners in the music industry, but with a melodic command like his, I don’t think this is an artist we’re going to find on the ‘casualties of 2020’ list at all. Contrarily, he’s appearing to be tightening his sound and refining his creative wits now more than ever, which puts him in quite the exciting position once everything returns to normal for the world and music-lovers everywhere.