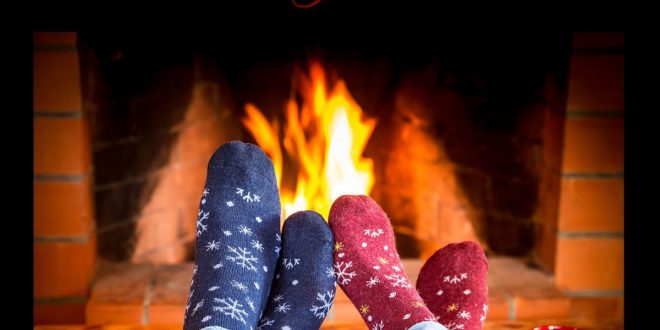 Single Review: Linda Imperial “Christmas You And Me”

Coming into focus alongside sleigh bells that can only signify one thing, Linda Imperial’s new single “Christmas You and Me” doesn’t waste our time with an extended intro ahead of its charismatic opening verses. Instead, this song sees Imperial eager to unleash everything she’s capable of producing inside of the studio when all of the right pieces are clicking into place, and I must say, it’s really something to witness. Her vocal is controlled but not to the degree of sounding stifled. The electric guitar wandering the background aches with frustration, with the piano keys seemingly acting as the only component of the song receptive to this cry for pain. There’s both tension and overwhelming catharsis here, and frankly I don’t recall the last time I encountered such a combo inside of the same track.

Though I think you’d be hard-pressed to make an argument against the notion of this being a vocal-centric single, there’s nothing minuscule about what Imperial’s backing band has to say in their collective performance at all. They’ve got a tremendous amount of chemistry, and while there’s never a moment of unevenness in their sonic output compared to that of the leading lady at the top of the mix, it’s clear that the melodicism – much like the rhythm – can ebb and flow as all parties need for it to. There’s nothing worse than a self-centered approach to vocal pop, and I’m fairly certain that everyone connected with this song was aware of this ahead of their time in the studio together.

I haven’t had the chance to see Linda Imperial in concert for myself, but if she brings even a taste of what she’s throwing down in this recording to the stage, it would make for a show I would not want to miss. She’s so humble and accessible in the tone of her performance in this recording, and though she’s got enough swagger to balance this out and make the narrative feel really tangible and holiday-inspiring, she never sounds arrogant or somehow removed from her audience. This is a songwriter with as profound a homespun demeanor as you can have after racking up all of the mileage she has as a professional musician so far, and it’s because of this that her new song feels like an instant hit right now.

“Christmas You and Me” is about three minutes long, making it one of the shortest tracks you’re likely to hear in this genre of music over the course of the next month or so, but for all that it lacks in length it more than compensates us for originality, charm and warmth. Linda Imperial has been in this business a long time, but if you’re thinking she’s about to start sounding jaded and sick of the business, you’d better think again. “Christmas You and Me” demonstrates this, and it’s one of my new favorite holiday singles to have dropped in 2020.

Tags christmas you and me linda imperial single review