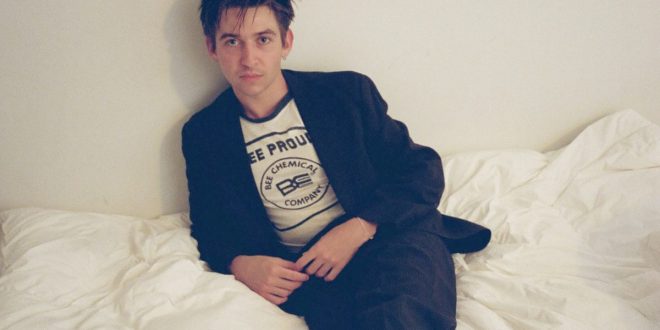 Casual Ties, the project of multi-talented artist, Cobey Arner, marked the release of it’s first EP on Friday. Covering new ground both sonically and literally, Arner made the move from Nashville to NYC, and from Indie into Electronic within the past few years. We spoke to him about the beginnings of Casual Ties, collaboration with his roommates, and the influences you can feel throughout his music.

Is Casual Ties a project that you started working on during lockdown or had you already been toying with the idea beforehand?

I had kind of been talking about it for a long time! Especially for the first year after I moved to NYC, I had been recording with a lot of bands and people would say “Oh you play drums, but do you do anything else?”, and I didn’t, so it just made me realize that I really liked Electronic music and had been listening to a lot of House over the years, and this finally gave me the time to go for it instead of making excuses to not get around to it. You can’t do shows right now so you might as well just sit down and learn Ableton forwards and backwards. I have a roommate that got a bunch of drum machine samples from a producer friend of his in LA so those were available to me to start building out some loop-based things on my one synthesizer and Ableton.  I would make a song a day for a while until I realized that they were starting to sound pretty cool, so I started taking them upstairs and playing them for my roommates. I would say quarantine afforded me the time and space to just block everything else out, put my headphones on, and work on this until it was in a good place.

Was this EP something you worked on completely on your own?

It ended up becoming a really cool project because I sent everything to some of my friends in Nashville to mix and master it, I sent my brother the stems to put some guitar over a few tracks, my roommate Chloe (Chloe MK) sings on one of the tracks- it became a template for everyone to just put something over. It’s a collaborative effort that really just came out of me sitting in the basement. It was kind of a challenge to myself to put out a body of work.

When beginning this project you were listening to a lot of Electronic and House- were there any particular artists that you were inspired by or pulling from?

My boss at a store I worked at in Nashville put me onto Project Pablo and we had a pop-up shop at some point where he brought in a bunch of cassette tapes from a record label in Toronto called 1080p. It became stuff that I was just around all the time in the store. And before that I was getting into The XX, which brought me to Jamie XX, who put out ‘In Colour’ in 2015 which I was obsessed with. I’ve also taken inspiration from Delroy Edwards and even The 1975’s last record. George made all of the really cool garage, dance-y songs and I was listening to them a lot right before I started making my own stuff. He’s a drummer who sat down and really formed the sonic identity of this band. So I thought, “Why can’t I do that?”. Just go outside of my usual web of Indie Rock stuff to  just expand and grow. It’s this deep dive into more of my own taste despite me being a drummer in Indie Rock bands. I also pull from older stuff like Carl Craig. I love being put on to stuff because everything I’m listening to now was informed by things that came out 20, 30, even 40 years ago so it’s fun to go back to a lot. I still listen to the first Daft Punk record all the time, which my old roommate Ryan showed me when we first moved in together. I had a real moment with him while listening to that record so it always makes me think of him when I listen to it. People have been replying to my Instagram stories and saying that my music reminds them of The XX, Daft Punk, The 1975, etc. and I’m like “OK we’re on the right track!”. It’s really fun for people to say that they hear my influences and know that they’re hearring and digesting things that feel familiar but in a different context.

You mentioned that your roommate Chloe added some vocals to a track on the EP, will there be any other vocals featured throughout? Maybe some of your own?

That’s the plan! I’m just trying to let it happen naturally and not force it. I would rather start a track, and map it out instead of writing a song for the sole purpose of putting vocals on it. I feel like it’s less about the actual songwriting and more about how the vocal melodies can help the overall feeling of the song and be a part of the palette as opposed to the voice coming over everything and telling a story. Words would be discovered during the process instead of before. Also I’ve been doing covers lately so I can figure out how to produce vocals and most of them have been random songs that I love and just recreating them in Ableton and getting them to sound how I want them to. I just want everything to fit the identity that is already created within the song. I would much rather have other people sing on my tracks, but it would be really cool to feature my own vocals at some point.

I first found you through your art and photography, you also play drums for a few projects, and are now embarking on this separate musical entity. What is the main difference you see between each medium or tool you pick up?

I truly feel like they’re all linked to one another. My brain goes to the same place when I’m doing a photo walk by myself or sitting in front of a computer making a beat. It’s almost like an out of body experience because you’re just completely present in that moment and everything else is tuned out. The only thing that matters in that moment is the next moment I want to experience and capture. In terms of the differences, it all kind of comes together in the same way.