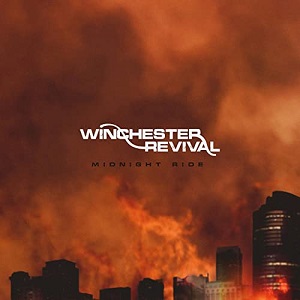 As sad as it is for me to admit as a rock critic, the genre is often picked apart and overanalyzed in 2020 to such an extent that some of the best talent in and outside of the American underground feel the need to get particularly intricate when making a new track. However, even with this being the common trend at the moment, Winchester Revival aren’t interested in giving you the establishment’s version of a true rock n’ roll song in their new single “Tiebreaker;” instead, they’re going old school and adhering to the standards that made bands like The Stooges gods among men not so long ago.

Raw power and unrelenting enthusiasm drives these riffs as much as a high-volume approach to amplification makes them extra crispy, and whether you’re a big fan of hard rock or not, “Tiebreaker” winds up feeling like a composition simply too well-oiled to resist. This track is a machine that seeks to crush pretty much anything that gets in its path, and while outfitted with many of the same melodic trappings one would expect to find in a classic rock tune, there’s nothing here that I would directly deem a ‘throwback’ in the eyes of an increasingly discriminatory millennial audience.

One of the first things that really grabbed my attention in this single was its total physicality – despite not having much of a backend to prop up the guitar parts in the foreground. If anything, that task is handed off to the vocal before we ever get into the first chorus (which is something immediately indicative of a track firmly planted in the 21st century – alternative in nature or not). There’s so much pressure between the verse and the percussion, but the bassline isn’t the reason. From the way this song was mixed, there’s scarcely a moment in which it doesn’t feel like the band is about to come ripping through the speakers and into the air around us. Producers held up their end as much as the players did for this performance, and the results are quite the sterling product for any rocker in need of a late autumn/early winter fix.

Winchester Revival have some big shoes to fill in the world of legit rock n’ roll, but even with the challenges ahead seeming too intimidating for most of the bands in their generation to tackle, they aren’t going into 2021 with a casual attitude at all. From the moment we press the play button on “Tiebreaker” to the very second it disappears into the silence from which it came a thundering just four short minutes prior, these musicians are putting everything they’ve got into making this as raucous – yet focused – a performance as can be given from within the four walls of a recording studio. They’re dedicated to the medium they’ve chosen, and whether they find mainstream success sooner than later or not, they’ve undisputedly landed on my radar for the foreseeable future without. I’m impressed, and I think you’ll soon understand why.

Previous Single Review: Will Jordan “Back To Me”
Next Overcoming Demons: Davy Williamson Releases Debut Single